According to the company, starting from October, the former gas and power segment will be divided into three business areas. 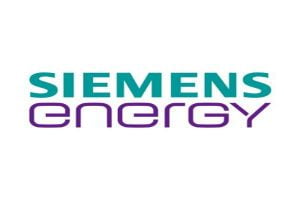 Engineering group Siemens Energy is planning to restructure in order to speed up decision-making, the German company announced on Tuesday.

According to the company, starting from October, the former gas and power segment will be divided into three business areas.

The largest of the new business areas, with sales of around 9 billion euros (9.6 billion dollars), is gas services.

This included the gas and large steam turbine business and associated services.

It is followed by grid technologies with sales of 5.8 billion euros in the areas of power transmission and energy storage.

The smallest business area is the transformation of the industry with sales of 3.9 billion euros.

Here, the focus was on reducing energy consumption and carbon dioxide emissions in industrial processes from hydrogen to automation and industrial steam turbines to compressors.

Logistics, IT and procurement divisions were to be bundled together.

The announcement came at turbulent times for the firm: last weekend, Siemens Energy announced its intention to completely buy out its struggling wind power subsidiary Gamesa and take it off the stock market.

The removal of some levels of management at Siemens Energy was expected to bring faster decision-making processes.

Where there were previously up to 11 levels in the firm’s hierarchy, there would be a maximum of six in the future.

This would eliminate around 30 per cent of the previous management positions, Siemens Energy said.

The employees affected would be given other tasks within the business, according to the statement.

NHIA: Health insurance for Nigerians by 2030