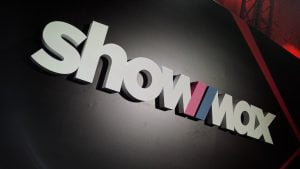 Candice Fangueiro, Head of Content at Showmax,  in a statement on Tuesday in Lagos, said it was working with Livespot360 to provide a world-class production for the show as part of its commitment to supporting local talent and creatives.

The News Agency of Nigeria (NAN) reports that Livespot360 is the creative force behind some of Nigeria’s biggest concerts and festivals in the last decade.

“From the start, we were deliberate about making sure that this show was made in Lagos by Lagosians and Livespot360 was the perfect production partner.

“Over the years, they’ve shown a deep understanding of the city and what makes it thick through their world-class concerts and festivals.

“Partnering with them on this project was an easy decision,” Fangueiro said.

She said that the reality show  further reiterated Showmax’s  standing as an African brand focused on telling its  stories through partnerships and collaborations with local talent and creatives.

“This is definitely a progressive step to more local collaborations and staying true to our commitment to supporting Nigerian talent,” she said.

The Chief Creative Director of Livespot360, Darey Art-Alade, said producing ‘The Real Housewives of Lagos’ was a unique opportunity that had enabled Livespot360 to provide opportunities for the entire creative value chain as individuals.

“This can showcase their skills and talents by providing specific services on the show.

“We’ve always known that we need more diversity in the entertainment properties and formats produced here in Nigeria, and RHOLagos is a great starting point,” Art-Alade said.

He said, “We believe that Showmax is an innovative African brand that understands what the consumers in this market yearn for and the team at Showmax are willing to take calculated risks with their content properties.

“We are aligned with their mission and can complement their work through our production execution. It was a no-brainer to work with them, and it’s been a pleasure thus far, ” he said.

Others include Carolyna Hutchings, the CEO of Hutchings Ltd., a real estate, oil and gas, and agriculture company; Laura Ikeji, a social media influencer and entrepreneur; and Chioma Ikokwu, a lawyer and CEO of luxury hair brand ,Good Hair Ltd.

Since the announcement, the highly-anticipated show has enjoyed rave reviews from fans as they list their expectations.

RHOLagos follows in the footsteps of earlier Showmax Originals like, “I am Laycon”, Ghana Jollof with Basketmouth, and BBNaija: The Buzz hosted by Toke Makinwa.

The reality show will debut exclusively on Showmax in more than 40 African countries from April 8 with new episodes every Friday.

It will give fans a view into the opulent lives of six of the most glamorous women in Lagos.

Art-Alade  said a lot of dynamism comes with the show, and that “viewers and all fans of RHOL, old and new, can expect real-life moments – the good, bad, and the dramatic, sometimes the ugly parts of each cast member’s life. This is reality tv at its very best”.