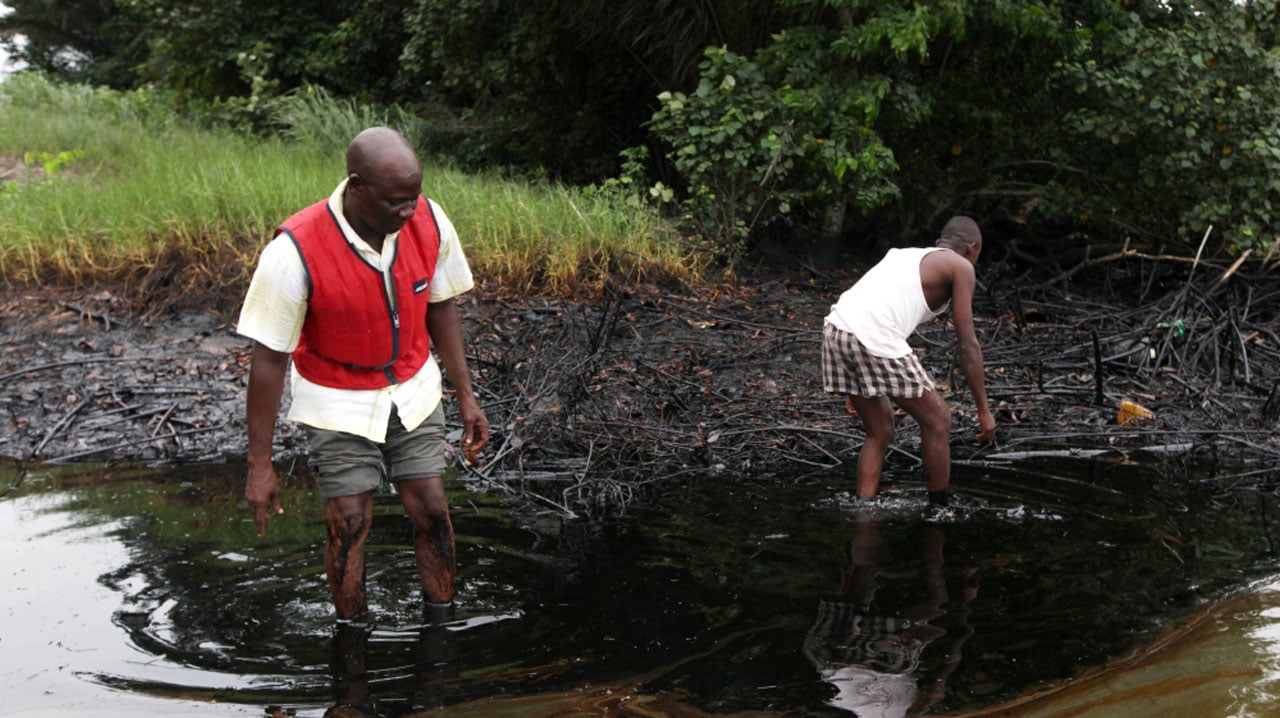 The Shell Petroleum Development Company (SPDC) has said that the reported oil spill from its flow station at Diebu was from residual spill traced to old sabotaged facility.
The Peremabiri Community had on Aug. 24 reported that the leakhead polluted the environment, causing untold hardship to the fishing settlements.
The Media Relations Manager of SPDC, Mrs Bola Essien-Nelson, however, said on Tuesday that the reported leak was from an old incident.
According to Essien-Nelson, SPDC on May 4 received a report of a theft on a section of its Diebu Creek Oil Well 6 flow line, resulting in an oil leak.
“The well and Diebu Creek flow station (facility) has not been in operation since February 26, when the facility was shut due to the unavailability of the Trans Niger Pipeline.
“A Joint Investigation Visit (JIV) to the site revealed that the incident was caused by third party interference and theft of SPDCJV property.
“A cleanup of the free phase oil was immedistely carried out, while assessment of the residual impact is scheduled to happen in November, when water levels are expected to be low enough to allow for the impact assessment.
“This will be followed by remediation of the site after due approval of the Remediation Action Plan by The Nigerian Upstream Petroleum Regulatory Commission.
“On August 26, SPDC received a report of an oil sheen sighted at the same site of the May 4 incident.
“The community believes that this oil sheen is the result of a new spill. This is not the case.
“A follow up JIV conducted on Sept. 6 revealed that the sheen was the residual impact from the same sabotage/vandalism of May 4,” Essien-Nelson said.
The News Agency of Nigeria (NAN), however, learnt that an operational mishap from the flow station discharged crude into the company’s right of way.
A field report of the JIV by National Oil Spills Detection and Response Agency sighted by NAN indicated that the leak was due to operational mishap, which discharged crude oil within SPDC’s operational area with no impact on third party area.
JIV is a statutory step that follows every oil spill by oil firms, host community and regulators to ascertain the cause, volume and area impacted by the spill.
Mr Return Koma, who represented the Peremabiri community in the JIV, told NAN that SPDC officials and the regulators, were unanimous that the incident being investigated was as a result of equipment failure.
He said that an operational mishap on Aug. 24 at Diebu Creek Flow Station, operated by SPDC, discharged a yet-to-be ascertained volume of crude into the environment.
Koma, who is the Peremabiri Community Development Committee Chairman, however, said that the JIV could not arrive at the quantity of spilled crude and so did not sign the JIV report.
“We have conducted the JIV, and they accepted responsibility for the leak at the flow station and another one at nearby Well 6, both were due to equipment failure.
“We were unable to agree on the volume of spilled crude and so did not sign the report,” Koma said.