The beneficiaries include Mr Roger Brown, Chief Executive Officer, who was awarded 1,733,345 shares; and Mr Emeka Onwuka, Chief Financial Officer, who was granted 1,086,294 units of shares. 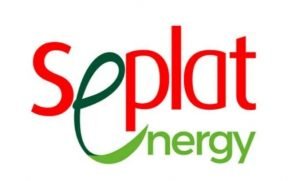 Seplat Energy Plc has announced that share awards have been granted to three top directors under its 2014 Long Term Incentive Plan (LTIP).

The beneficiaries include Mr Roger Brown, Chief Executive Officer, who was awarded 1,733,345 shares; and Mr Emeka Onwuka, Chief Financial Officer, who was granted 1,086,294 units of shares.

The other beneficiary is Mr Effiong Okon, Operations Director, who was awarded 1,107,707 number of shares.

In a statement on Wednesday by Mrs Edith Onwuchekwa, Director, Legal/Company Secretary, the shares totaling 3,927,346 units are currently valued at about N5.02 billion.

According to her, the shares do not vest until after two years; meaning that the beneficiaries will not own the share till after 2024 — provided they meet targets.

“The awards over ordinary shares of N0.5 each of Seplat were granted under the LTIP to Executive Directors of the Company on May 30 using the average share price over the 5-day period prior to the date of grant.

“For the avoidance of doubt, as referenced in the March 14, 2022 RNS announcement, the LTIP awards are granted in respect of the 2022 financial year,” she said.

Onwuchekwa said vesting of the LTIP awards was dependent on the achievement of stretching relative and absolute Total Shareholder Return (TSR) performance targets.

She explained that this was an overall assessment of corporate performance through an underpin and continued employment over a three-year performance period which began on January 1.

“The LTIP Awards will be subject to a two-year post vesting holding period.

“Full details of the vesting conditions of these LTIP Awards will be set out in the Director’s Remuneration Report included in the Company’s 2022 Annual Report,” she said.

The Director, Legal/Company Secretary further noted that the Remuneration Committee retained the discretion to make adjustments to the LTIP Awards vesting level and amounts payable.

This, she said, would be resulting from the application of the performance measures if it considered that the outcomes were not a fair and accurate reflection of corporate performance.