Sanwo-Olu swore-in the two advisers at the weekly state Executive Council meeting at the Executive Chamber in Lagos House, Ikeja. 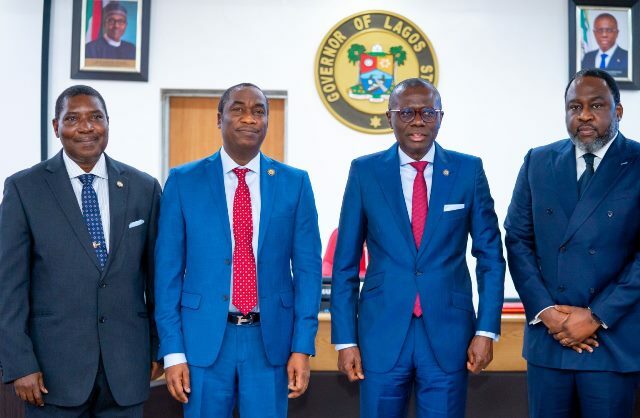 Sanwo-Olu swore-in the two advisers at the weekly state Executive Council meeting at the Executive Chamber in Lagos House, Ikeja.

He said that the swearing-in of the two advisers was another major step towards the continued development of the state.

According to him, the new advisers – George and Fashola were coming into the State Executive Council with a lot of experience in Public and Private Partnership and Agriculture, to add value to the system.

”This move is necessary, because we need people who share and believe in our vision of a Greater Lagos for all. We also need people at strategic positions, who have sufficient authority and a proven track record in their different fields.

”Our two new Exco members have been tested and trusted. They possess the innate ability and experience and will bring their technical know-how to bear in their present roles.

”We believe this addition to our cabinet will further strengthen our ability to deliver all that we promised our citizens, because we need people in strategic positions.

”We need people that have sufficient authority to be able to dispense their responsibilities,” he said.

Sanwo-Olu said that George had strengthened the state government’s engagement within the private sector and had continued to bring about high-level transactions, and attract investments from the private sector.

On the other hand, he said that Dr. Fashola was vast in the Agriculture sector, with focus on the Rice mills, hence, his experience would help move the venture to the next level, for Lagos state to be self sufficient in rice production.

FG moves to avert strike in the aviation sector, meets with workers