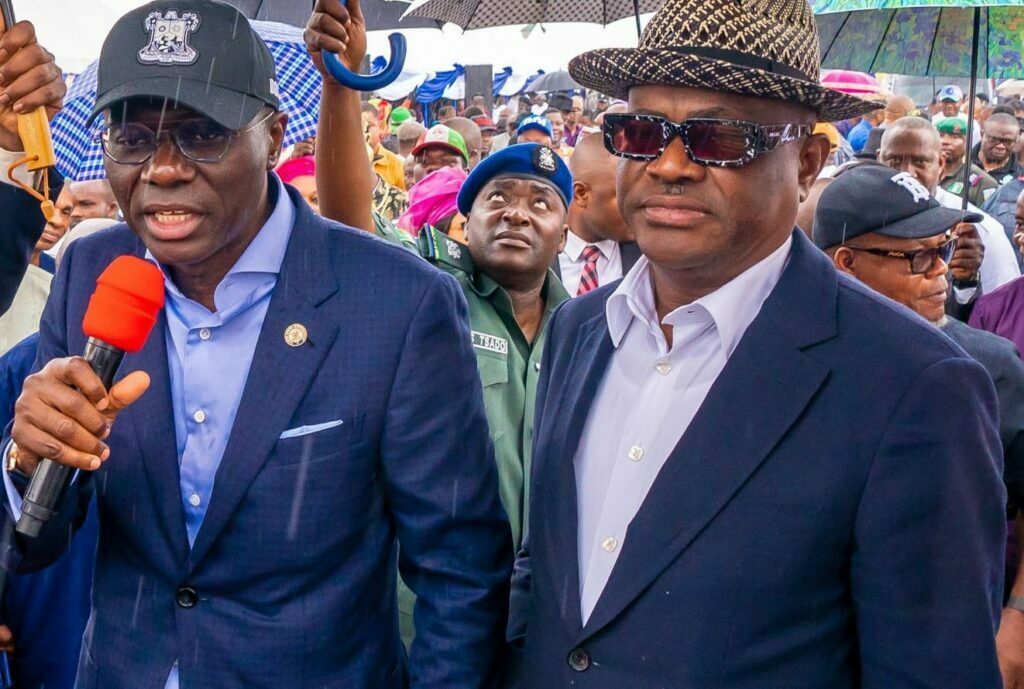 Gov. Babajide Sanwo-Olu of Lagos State, on Monday commended Gov. Nyesom Wike of Rivers for his strong commitment to the delivery of physical infrastructure in the state.

Sanwo-Olu made the commendation during the inauguration of the Orochiri-Worokwu(Waterlines) flyover bridge in Port Harcourt.

He said that the commitment of Wike had been recognized by all and sundry, and earned him the appellation of “Mr Projects,” within and outside Rivers.

Sanwo-Olu said though he belonged to a different political persuasion with Wike, the invitation extended to him sent a very strong message.

”The message was that political leaders can come together across political and ideological divides, for the good of the people.

“There is also a strong message being sent today about expanding our capacity to play politics without bitterness.

“This symbolic gesture by my friend and brother is one that should become standard practice across Nigeria.

“There is also a lot that we can learn from one another, and experience that we can translate from one part of the country to the other,” he said.

Sanwo-Olu stated that the essence of governance was to touch the lives of the people for good and to deliver to them the dividends of democracy.

“There is no doubt that Wike had spent his last seven years focused on this, just as we have similarly been doing in Lagos state,” he stated.

Earlier, Wike said that the overall  benefits of the invitation of the Lagos State Governor to inaugurate the project was a peer review strategy of good governance.

Wike also challenged the critics of his developmental strides to show capacity in executing projects in their states.

The governor alleged, ”those who looted the treasury of the state will not be supported to become the governor of Rivers.

“Politics now is no longer just vote for somebody, it is about what you will do for the people of Rivers,”he said.

The State Commissioner for Works, Mr Dakorinama George-Kelly, said that the bridge has a length of 840 meters and A cross sectional width of 17.6 meters, with 7.3 meters on each lane.

George-Kelly said that the bridge also has 1 meter walkway on both sides, 2 meter of median and a total of asphaltic pavement area of 29000 square meters.

In his speech, Mr Juergen Fischer, the Regional Manager of Julius Berger Nigeria PLC, stated that history was made with the opening for public use the bridge.

He thanked Wike for the trust reposed in the firm to handle such huge projects for the state.