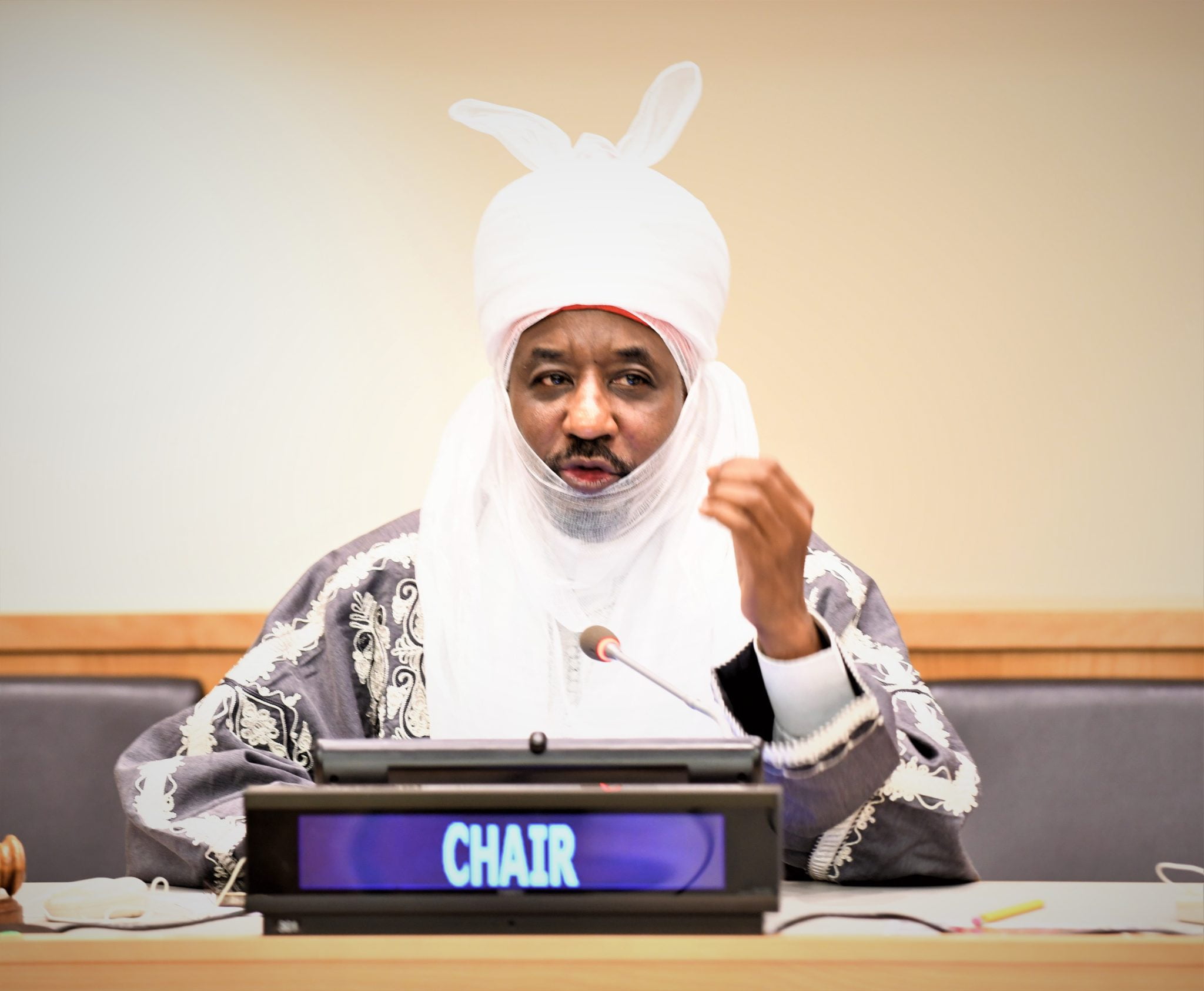 Sanusi made the call in an interview with the News Agency of Nigeria (NAN) in New York on the sidelines of a three-day Transforming Education Summit.

The former CBN governor spoke to NAN after he chaired an event tagged ‘Transforming Education through Grassroots Innovation: A Localised Teacher-Led Approach’ on the sidelines of the ongoning UN General Assembly.

Sanusi, said ASUU strike could be addressed through dialogue, noting that the union needed to know that the longer it stayed out of school, it was the students who would suffer for it.

“Government needs to recongise that teachers are human beings; we are in a country with high level of inflation and salary don’t take teacher anywhere and teaching is a profession that needs to be valued from lowest to highest.

“Our education employees are staff of health establishment too, what we don’t know is that we have lost so many academics, many people who go abroad to do PhD don’t come back.

“Many medical doctors working in Nigeria have gone abroad,’’ he said.

The former CBN boss, who was the 14th Emir of Kano, said brain drain had impacted negatively on the economy.

“Both sides (ASUU and Federal Government) have a stake in sitting down and have a dialogue, making compromises, I believe it can be resolved in good faith,’’ he said.

Sanusi also urged the government to  invest in education to encourage teachers to be at their best, adding that teachers were once highly respected in the society in time past, adding that “but now people underrate the value of education.

“What is happening now is that we have people who have moved into authority and who do not value education as the society is so much materialistic.

“It is all about money now and teachers are looked down upon because they don’t have money.

“Most of these teachers have option to do other courses but they chose to educate our children and contribute to our society.

“So, we need to look at our value system and go back to our traditional value system of respecting teachers and if we treat them with respect, we will get a lot from them,’’ he said.

Speaking to journalists on the Transforming Education Summit and the International Finance Facility for Education, UN Secretary-General António Guterres, said Education systems around the world needed “more, not less money”.

Guterres, speaking alongside his Special Envoy for Global Education, Gordon Brown, drew attention to the critical issue of innovative financing for education.

He reminded participants that the “world is experiencing multiple crises”, and governments, businesses and families everywhere are feeling the financial strain.

“Moreover, since the COVID-19 pandemic began, two-thirds of countries have cut their education budgets.

Guterres argued that wealthy countries could increase funding from domestic sources as many developing nations were being hit by the cost-of-living crisis, saying, they urgently needed support for education.

He, then, spotlighted the role of the International Finance Facility for Education to get financing to lower-middle-income countries – home to 700 million children who are out of school – and to the majority of the world’s displaced and refugee children.

According  to the UN chief, the Facility is not a new fund, but a mechanism to increase the resources available to multilateral banks to provide low-cost education finance.

“In time, we expect it to grow into a $10 billion dollars facility to educate tomorrow’s generation of young people,” he said.

“It will complement and work alongside existing tools, like the Global Partnership for Education, that provide grants and other assistance”.

The secretary-general congratulated his Special Envoy and all the countries and institutions involved in getting the facility off the ground.

“I urge all international donors and philanthropic organisations to back it,” he said.

Earlier, Deputy Secretary-General, Amina Mohammed opened Day 2 of the Summit, “Solutions day,” by recapping the need for education transformation; equity and inclusion; a rethink of the curricula and innovation in teaching.

“But loud and clear, we need more and better financing,” she stressed. “We can’t do this with fresh air, it has to be fueled”.

She described education as “a huge ecosystem” that supports many other lofty goals and called for “a sense of urgency” in scaling up projects.

“No more pilot projects, we know exactly what to do” she said. “It’s all about taking steps forward”.

The three-day Transforming Education Summit which started on Friday, is expected to end on Monday with Leaders Day, making commitment to transform education in their countries.

President Muhammadu Buhari, attended the opening of the High-Level Summit on Transforming Education and Leaders Roundtable and he is expected to make a statement later during  the Thematic Session four of the summit on the Digital Transformation of Education.

NAN reports that ASUU had on Feb. 14 embarked on a strike to press home some demands including calls for the government to implement the Memorandum of Action (MoA) signed in December 2020 on funding for the revitalisation of the public universities.

Other demands are Earned Academic Allowances, renegotiation of the 2009 agreement and the deployment of the University Transparency and Accountability Solution (UTAS), among others.