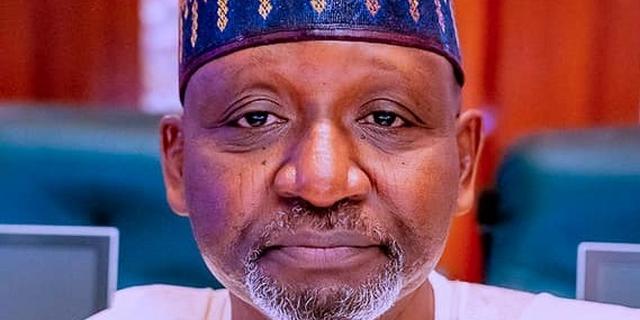 The Minister of Transportation, Mr Mu’azu Sambo, has reiterated the need for the country to establish and implement a strong and sustainable national fleet.

Sambo said this in a statement by Mr Eric Ojiekwe, the Director, Press and Public Relations of the ministry on Wednesday in Abuja.

The minister was speaking when he received an interim report on the establishment of the fleet by the Nigerian Fleet Implementation Committee in Abuja.

Sambo said: “Nigeria is a maritime country and if Nigeria gets its acts together, we will have no business looking for money from the oil sector as contribution to the GDP of the country.

“I don’t know whether in the course of the committee’s consultations with other stakeholders, you were able to have some conversations with the Nigerian National Petroleum Corporation (NNPC).

”This is because, if NNPC can give 100 per cent support, this matter can be closed in two months.

“How can we be an oil producer, I think we are the sixth largest oil producers in the world and I don’t think that position has shifted and yet we don’t have one single boat carrier.

”I will approach President Mohammadu Buhari and the Minister of State for Petroleum Resources on the prospects and implementation of the Nigerian fleet,” he said.

Jime, represented by Managing Director, Sea Transport Group and member, NFIC, Mr Umar Aminu said the committee was constituted to implement recommendations in the report by an earlier Ministerial Committee on Modalities for the Establishment of a Nigerian Fleet.

He said the initiative was a way of responding to the non- participation of Nigerians in the carriage of Nigeria’s international cargo.

He further said it would help address the loss of freight revenue, jobs and other benefits, which would otherwise have accrued to the country.

“In the course of carrying out the mandate, lessons have been learnt and some modest achievements have been recorded.

”These have been captured in this interim report which we are submitting today.

”The work is still ongoing and the goal of creating an enabling environment for the growth of sustainable Nigerian fleet will be achieved in due course, “Jime added.

The NSC boss noted that there were, however, some challenges that impeded the quick realisation of the project as earlier envisaged.

According to him, shipping is international and competitive in nature and Nigeria cannot operate in isolation, hence the need for the operating environment to be similar to what obtains internationally.

He said the review of certain trade policies, access to funds and technical/human capacity were issues that needed to be resolved to ensure success of the initiative.