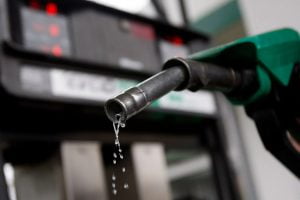 As the scarcity of petrol continues to linger in Lagos, the Independent Petroleum Marketers Association of Nigeria (IPMAN), says the Pipelines and Product Marketing Company (PPMC) is yet to supply products to the Ejigbo depot.

Mr Akeem Balogun, Secretary, IPMAN, Lagos Satellite Depot, Ejigbo, made the disclosure in an interview with the News Agency of Nigeria (NAN) on Friday in Lagos.

NAN reports that the Nigerian Midstream and Downstream Petroleum Regulatory Authority (NMDPRA) had in a recent meeting with independent marketers from South West Zone directed them to revert to the approved N165 pump price for petrol.

However, Balogun said the decision to revert to the regulated price for petrol, also known as Premium Motor Spirit (PMS), depends on if and when marketers are able to buy products at the approved ex-depot price.

“We are still waiting for the PPMC to supply products to our depot so that we can buy at the controlled price and can also sell at N165 per litre at our retail outlets,” he said.

Investigations by NAN revealed on Friday that the private depot owners were still selling PMS to marketers at about N162 per litre instead of the approved N148.17.

NAN also observed that majority of the filling stations owned by independent marketers were selling petrol from between N180 to N195 per litre depending on the location.

Meanwhile, ahead of the Sallah celebration, commercial bus operators in Lagos on Friday hiked their fares on both intra and inter-state routes.

Similarly, commuters going from Berger to Ojuelegba were charged N500 instead of the usual N300 while Berger to CMS passengers had to pay N800 instead of N600.

Many commuters were seen stranded in their bus stops with others opted to trek because of the few available commercial buses on the road.

A motorist, Mr Julius Ugwu, told NAN that the current scarcity of PMS was causing untold pains to Nigerians.

“I have been on queue since morning and it is really frustrating. I am praying that they find a solution to this issue very soon,” he said.

Another motorist who simply have his name as David, appealed to the government and oil marketers to consider the plight of Nigerians.

He said the increment in the price of petrol had led to increase in the cost of transportation, foodstuffs and other services in recent weeks.