The investment plans which represent a rise of 30 over the 330 trillion won spent in the previous five-year investment programme. 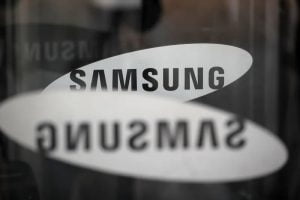 Samsung Group is to invest 450 trillion won ($360 billion) over the next five years to boost growth in semiconductors and biopharmaceuticals, the South Korean conglomerate announced in Seoul on Tuesday.

The investment plans which represent a rise of 30 over the 330 trillion won spent in the previous five-year investment programme.

“A number of Samsung-affiliated companies, including Samsung Electronics and Samsung Biologics, will lead the investment in their respective business areas,’’ the group said.

“In semiconductors, Samsung Electronics plans to continue investing in memory chips to solidify its global leadership and strengthen research of new materials and chip architectures to make continuous advancements on process technologies,’’ it added.

Meanwhile, how the investment would be split between the divisions was not revealed, but 80 per cent of the new investment is to occur in South Korea.

The figure includes the 240 trillion won announced by the group last year.

However, Samsung has set itself the goal of taking a leading position in development of the 6G wireless communication technology currently being planned.