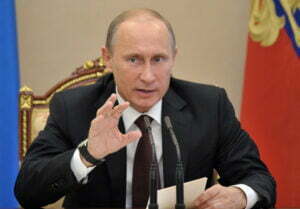 According to media reports on Thursday, water and heating will also become more expensive adding that this was the second tariff increase in the current year.

Normally, the government raises prices every July but this year, utility costs have risen by four per cent.

At the beginning of autumn, however, the Ministry of Economic Affairs announced that due to the need for repairs to the gas and heat pipelines, the tariffs will be raised again in December, passing more costs on to consumers.

Russian citizens have been struggling with double-digit inflation since the Ukraine war began.

Although,  the trouble has since risen in value against other major currencies such as the euro and the dollar, technical equipment and other imported goods in particular have still become more expensive.

The hope expressed by some economists that gas would become cheaper on the domestic market after the reduction of commodity exports has also not been fulfilled.

According to surveys, 43 per cent of the population said their salaries do not last until the end of the month.