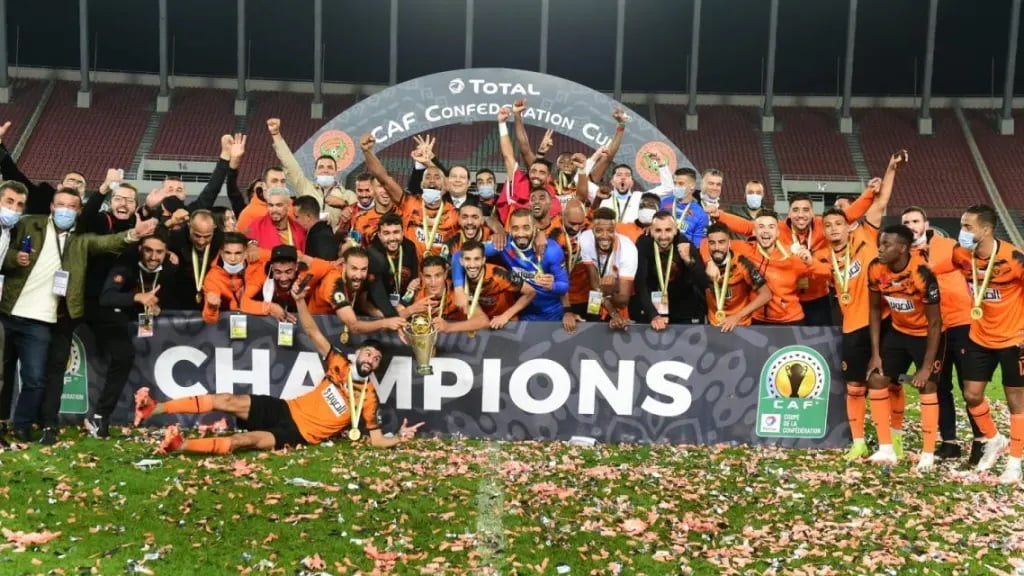 Goals from Cherki El Bahri in the 32nd minute and Sofian El Moudane from the penalty spot in the 71st minute were all the Berkanis needed to emerge victorious in the Moroccan derby.

Meanwhile, Wydad who added their name on the list of winners of the competition in 2018, missed an opportunity to add a second catch to their bag.

The Oranges’ goalkeeper Hamza Hamiani Akbi was named Man of the Match.

He succeeded in keeping the Berkanis’ goal untouched throughout the game and played a huge role in the victory.

RS Berkane’s season begins in the most beautiful way.

The club, led by the Algerian Abdelhak Benchikha, since the departure of the Congolese coach Florent Ibengé, surprised spectators by their control of the game and clearly showed their ambitions for this new season.