Ahmadu said that the exercise was part of the federal government’s plan to boost large scale farming and provide raw materials for local industries. 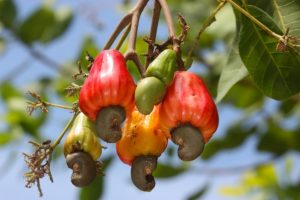 Mr John Ahmadu, the state Coordinator, RMRDC, made this known in Minna on Wednesday when the council distributed hibreed seeds to some farming associations in the state.

Ahmadu said that the exercise was part of the federal government’s plan to boost large scale farming and provide raw materials for local industries.

“Already the installation of the machines have been carried out by the RMRDC in Minna, while the university is to put in place other logistics for the takeoff of the factory,” he said.

He explained that the factory was being established in partnership with the university which has the raw materials in abundance but had been carrying out the processing of the juice manually.

The coordinator, who did not give details of the financial involvement by the federal government on the project, said that it was done directly by the headquarters of RMRDC, Abuja.

“We are waiting for the university to complete their own side of the bergain before commissioning the project,” he said.

He said that 200kg each of maize and soya beans seeds and 140kg of seseme seeds were distributed to the various farmer groups.

He said that 2,500 cashew seedlings and equal number of jathropha seeds were given to the university aan the Federal University of Technology, Minna, to increase the hectarage of the crops.

Ahmadu said that the items were given free of charge but  their effective utilisation would determine whether the beneficiaries would get similar support in future from the government.

Responding on behalf of the farmer groups, Alhaji Usman Kwatu, the state Chairman, Soya Beans Growers Association, expressed gratitude to the government for the donation which he said came at the right time.

Kwatu promised that they would judiciously utilise the seeds.

IPMAN, ADITOP urge members not to sell PMS above N165