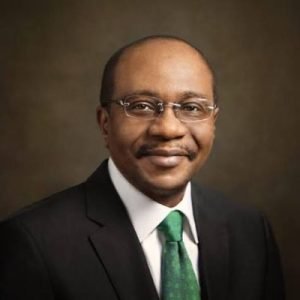 As the price of crude oil in the International market continues to rise in recent times, Nigeria has not been able to reap appreciable economic benefits.

The News Agency of Nigeria (NAN) reports that price of crude oil, the country’s main revenue generating resource, had been on the increase due to the Russian-Ukrainian conflict, rising above 100 dollars per barrel.

But Nigerians continue to grapple with low revenue, depreciating Naira and dependence on debt to finance budget deficits and capital expenditure.

NAN recalls that the Minister of State for Petroleum Resources, Timipre Sylva, had said that the increase in prices of crude oil was not in the best interest of Nigeria.

He cited massive crude oil theft in the Niger Delta as responsible for the precariously low gains from high crude oil prices.

Some analysts, however, suggested that neglect of the industrial and manufacturing sectors of the Nigerian economy is a major bane of its economic growth.

A financial expert, Mr Okechukwu Unegbu, urged the Federal Government to take urgent steps to revive the manufacturing sector so as to boost the local economy.

Unegbu told the NAN that the absence of a vibrant industrial and manufacturing sector in the country had exacerbated various economic challenges, like rising inflation and an unstable currency (Naira).

According to him, the priority for government and its relevant agencies is to help the industries to start producing again.

“Production and manufacturing of essential goods will stop the dependence on imported goods, and go a a long way in revamping the economy and strengthen the Naira.

“The Federal Government should address fundamental dislocations in the country, like boosting investment, reducing unemployment rate and cutting down on inflation,’’ he said.

He said that it would also be advisable for government to reduce the tax rate so as to increase the volume of tax to enhance economic growth.

“The more employment you get, the more tax you will get, and that will boost government’s revenue drive.

“Government should lower the tax rate for more investment and a wider tax volume,’’ he said.

He advised the Central Bank of Nigeria (CBN) to adopt effective monetary policies that would strengthen the value of the naira.

“A strong currency is also indicative of a performing economy. The CBN should take innovative steps to firm up the value of the naira.

“The apex bank should be more proactive and more open in its foreign exchange operations.

“The idea of direct allocation of foreign exchange to certain categories of businessmen, instead of allowing them to go through deposit money banks, is an abuse of the naira,’’ he said.

According to Dr Tope Fasua, an economist, the Federal Government should take concrete steps to boost productivity, with strong local content to boost the country’s economy.

Fasua said that a country’s economy could only be as strong as the productivity that underlies it.

“This is talking about the knowledge quotient of the goods and service that a country produces.

“If a country does not have a lot of local content going into the products it exports then the economy of that country will have issues,” he said.

The Nigeria Economic Summit Group (NESG) suggested that Nigeria needs to achieve a paradigm shift in governance and policy design to sustain and accelerate economic growth.

The Chief Executive Officer of the NESG, Mr Laoye Jaiyeola made the suggestion in the group’s Macroeconomic Outlook.

He said that failure by the Federal Government to embark on the reforms could worsen current economic challenges.

“in the NESG, we believe that the role of government is to ensure that reforms translate to a friendly business environment and better welfare conditions for households,’’ he said.

The NESG boss also said although Nigeria had enormous potential, job creation across sectors was lagging, resulting in an increase in unemployed individuals.

He said that widespread insecurity across the country had informed the need for policy formulation and implementation that impacted all strata of society.

“While there is considerable improvement in some areas such as the mobilisation of non-oil revenue in the last few years, one thing is clear:

“Nigeria cannot afford to continue with its business-as-usual approach in policymaking and execution,.

“The heightened insecurity and social vices in several parts of the country is proof that when some segments of the population are left behind, it will offset the few gains made prior to COVID-19.

“It will also deprive the country of much-needed investments that would ensure sustainable growth and development, ‘’ he said.

Jaiyeola called for deregulation of the country’s oil sector to boost investments and also save huge government revenue expended on fuel importation.

“Long-standing issues of deregulation of the downstream sector, foreign exchange scarcity and lower investments in key sectors must be given the utmost attention.

“The deregulation of the downstream oil and gas sector for example is needed at this critical time when massive investments are required to fix deteriorating refineries.

“This will address the predicament of huge importation of refined petroleum products that deprive the country of the foreign exchange required to meet other important obligations,’’ he said.

Meanwhile, the Governor of CBN) Mr Godwin Emefiele said that the focus of the apex bank was to stabilise the macroeconomic sector.

Emefiele said that the CBN had increased its funding and interventions in various sectors to boost economic growth.

According to him, the intervention schemes were targeted at stimulating productivity in agriculture; manufacturing and industry, among others.

“Between April and May, the CBN had released N57.91 billion under the Anchor Borrowers’ Programme to 185,972 new projects for the cultivation of rice, wheat, and maize.

“This brings the cumulative disbursement under the programme to N1.01 trillion disbursed to more than 4.2 million smallholder farmers cultivating 21 commodities across the country.

The CBN also disbursed N1.50 billion under the Accelerated Agriculture Development Scheme to a new youth-led project, piloted and funded through the Government of Ondo State.

This is for the acquisition of assets for oil-palm cultivation and the establishment of poultry farms.

“This brings the total disbursement under the scheme to N21.23 billion for 10 state-led and three private sector-led projects,’’ he said.

According to him, the funds have been used for the establishment of a ranch and milk processing facility; procurement of feed and medication for livestock and dairy production.

“The funds also went into the construction of a 300 metric-tonne per day oil mill in Gusau, and the acquisition and installation of an agrochemical factory.

“This brings the cumulative disbursement under this scheme to N741.05 billion for 674 projects in agro-production and agro-processing,’’ he said.

The CBN governor also said that for the manufacturing sector, the CBN disbursed N436.85 billion to 34 new projects under the “one trillion Naira Real Sector Support Facility’’.

“This was used for both new and expansion projects under the COVID-19 Intervention for the Manufacturing and Real Sectors Support Facility from Differentiated Cash Reserve Requirement (RSSF-DCRR).

“Cumulative disbursement under the RSSF for the financing of 402 real sector projects currently stands at N2.10 trillion,’’ he said.

Emefiele also cited the “100 for 100 Policy on Production and Productivity”.

According to him, under the policy, the CBN has disbursed N55.34 billion to 44 projects, comprising 24 in manufacturing, 17 in agriculture, two in healthcare, and one in the services sector.

He expressed worry that the country’s manufacturing sector contributed less than 15 per cent of the Gross Domestic Product (GDP).

He also decried the continous importation of many commodities which Nigeria had capacity to produce and export.

“To address this challenge, we have accepted the charge of President, Muhammadu Buhari for the country to produce what it eats and eat what it produces.

“The CBN, working with Deposit Money Banks and participating financial institutions, is focused on critical areas such as the agricultural and manufacturing sectors.

“We have granted more than three trillion naira in intervention loans that have aided economic recovery and employment generation.

“Given the limited fiscal space due to the significant drop in government revenue, the CBN has had to intervene with development finance tools to aid recovery without jeopardising price stability,” he said.