He spoke against the backdrop of plans by RMAFC to review salaries and emoluments of political office holders and judicial officers. 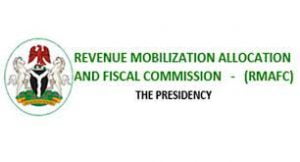 Unegbu, a past president of the Chattered Institute of Bankers of Nigeria (CIBN), made the call in a telephone interview with the News Agency of Nigeria (NAN) on Monday in Abuja.

He spoke against the backdrop of plans by RMAFC to review salaries and emoluments of political office holders and judicial officers.

NAN reports that RMAFC’s Secretary, Mohammed Shehu, had recently announced plans to partner with relevant agencies of government to review salaries and emoluments of certain categories of government officials.

He said the commission would partner with the Office of the Secretary to the Government of the Federation (OSGF) and the Federal Ministry of Finance, Budget and National Planning.

“While it is the statutory responsibility of RMAFC to carry out such review, the commission would equally partner with the Ministry of Finance, Budget and National planning for proper funding of the exercise,” he said.

According to Unegbu, only judicial officers deserve upward review of the emoluments due to the nature of their job.

“What the RMAFC is doing is good, it should review salaries of political office holders downward.

“Those political office holders are already overpaid, considering their contributions to the national growth and development. But the judicial officers deserve an upward review of their emolument,” he said.

An economist, Mr Sule Adebayo, urged the commission not to consider an upward review of salaries of those categories of public officials, considering the present state of the Nigerian economy.

“The government has been resorting to local and foreign borrowings to fund budget deficits and capital projects.

“There is, therefore, no justification for any increase in the pay package of political office holders and judicial officers,” he said.

According to Ibrahim Suleiman, a civil servant, the Federal Government should rather prioritise harmonisation of salaries and allowances of all government employees across board, instead of favouring a few categories of officials.

“The gap between the salaries and allowances of political office holders and civil servants is unfair, and should be bridged.

“We all patronise the same markets and are subjected to the same economic conditions.

“Government should rather take steps to harmonise salaries and allowances of employees of all Ministries, Departments and Agencies (MDAs) of government, rather than concentrating on a few ” he said.