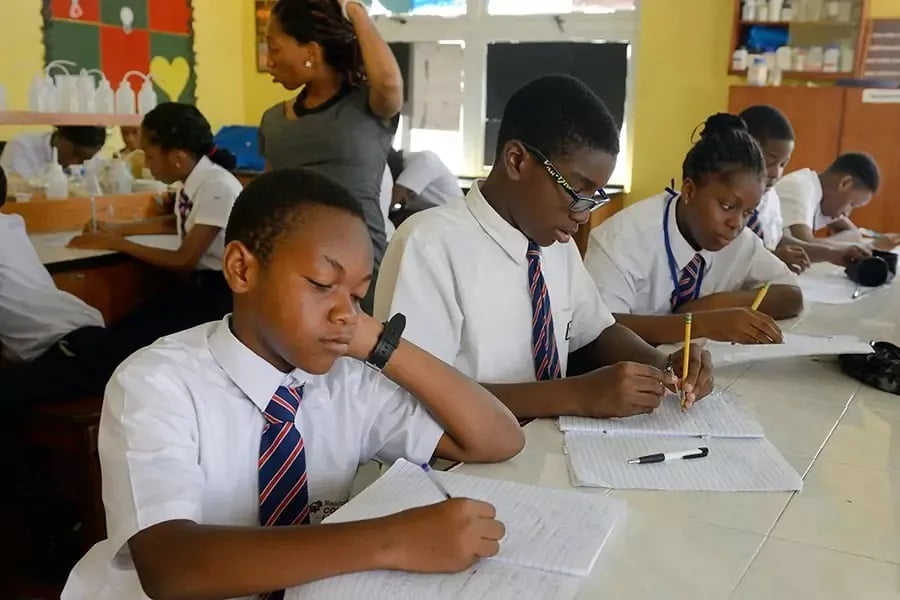 Some parents in Bwari Area Council of the FCT on Thursday, appealed to school administrators, especially of private schools to consider reduction of school fees as new session begins.

The parents spoke in separate interviews with the News Agency of Nigeria (NAN) in Bwari, Abuja, while shopping for school items for their children and wards.

The Federal Capital Territory Administration (FCTA) has set Monday, Sept. 12, as the commencement of the first term academic activities for the 2022/2023 session.

Mr Donald Nwabueze, a civil servant and resident of the area, said that it would not be a bad idea if school administrators reconsider the present economic challenges and have some of their charges reduced.

According to him, workers are still battling to make ends meet with their meagre wages and none has had any increase in their income yet, except maybe for business people.

“I am just coming from my children’s school to ask them for discount. I feel charges on tuition fees and some of the extra activities they plan should at least be reduced.

“We understand the high cost of things in the country but let’s help each other where and when we can, some say they have teachers to pay, so do we all.

“Unfortunately, civil servants are still trying to survive with the same pay for couple of years in spite of the high cost of things; yet, we have school fees to pay, among other necessities.

“I’m here trying to buy school shoes and bags and the sellers are not friendly with the prices. It’s overwhelming that is why we are making an appeal,” he said.

Nwabueze also said that school administrators should reduce unnecessary fun activities like costume events for pupils and students that might not add educational value to them.

“Such events only incur more costs on parents who cannot afford it for their children and some children might not understand why.’’

Another parent, Mrs Esther Godspower, said that reduction of school fees would go a long way to easing the burden on parents, especially those who have more than two children or wards in the school.

She said that reducing the cost should not affect the standard and quality of the service rendered but should be able to keep the children stable, while also building a relationship with their teachers.

“High fees are the reason you find some parents changing schools for their children almost every year. Things are hard and what people can easily afford before now is becoming unaffordable.

“So to me, if should be able to build a relationship with parents, especially those with more than two children in the school and give them a discount that can make a difference.

“It is a favour we are asking for; we know you need funds too but also consider us parents who have to pay for books, uniforms, excursions and other school utilities.

“The burden is much I must say, but we pray for the grace of God to move on.”

Ms Joan Gandu, a school proprietor in Bwari said that the idea was not a bad one but schools would have to thoroughly think through it to consider the request so that they would not run at a loss.

Gandu said that she personally maintained a cordial relationship with parents of her pupils and would be willing to assist where necessary, as long as they did not take advantage of the gesture to incur debts.

She explained that although schools also have their challenges, while trying to maintain a good standard and competence from their teachers, charging parents high fees was not totally unreasonable.

Gandu however said that for her, it was a negotiable request that would entail agreeing to its terms and conditions for both parties to benefit.