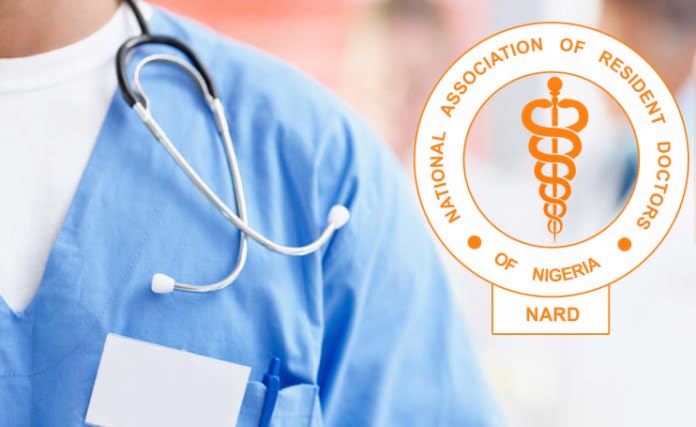 The National Association of Resident Doctors (NARD) say it has shelved its planned strike and will continue its negotiations with the Federal Government and other stakeholders to drive home its demands.

The association’s president, Dr Dare Ishaya, gave the assurance on Thursday in a telephone interview with the News Agency of Nigeria (NAN).

According to Ishaya, the decision was taken on Wednesday during the association’s extraordinary National Executive Council’s (NEC) meeting.

“When we examined those issues yesterday, we discovered that the 2022 Medical Residency Training Fund (MRTF) had been released and the payment was effected on Tuesday.

“Most of our members have already gotten their alert, the issue of the implementation of the new hazard allowance, we also found out that the Ministry of Finance has approved the release of funds for the payment.

“Having critically examined the situation, the NEC resolved that we should step down the ultimatum that was issued to the government and also reaffirm our commitment to continue to deliver adequate and quality health services to the Nigerian populace.”

Ishaya, however, said that the association’s NEC would continue the ongoing negotiations with all relevant authorities to ensure that the other unresolved issues were sorted out amicably.

“So the resolution of the emergency NEC meeting is that we should suspend our ultimatum and continue negotiations with the Federal Government until the other contentious issues are conclusively resolved.”

He added that a communique to that effect would soon be released.

NAN reports that the association had issued several ultimatums to the Federal Government to implement the payment of the new Hazard Allowance and arrears it stipulated as at Dec. 22, 2021.

The said allowance is contained in the circular issued by National Salaries, Income and Wages Commission (NSIWC) dated Dec. 22, 2021 with reference number SWC/S/04/S.218/11/406.

Other issues include the payment of the skipping arrears for 2014, 2015 and 2016 to deserving members and consequential adjustment of minimum wage to members who were deprived since it was implemented.

Also, the immediate review of the Consolidated Medical Salary Structure (CONMESS) and other related allowances in line with the agreed terms from the previous Collective Bargaining Agreement (CBA).

In July, 2022 NARD had given the Federal Government a two-week ultimatum to commence payment of the newly-reviewed Medical Residency Training Fund and hazard allowance, among other demands.

The association threatened an indefinite strike if their demands were not met at the end of the two weeks.

However, the ultimatum was extended by another two weeks on Aug. 21, which elapsed on Sept. 5.

In 2021, they had embarked on strike over unavailability of medical equipment in public tertiary hospitals and staff welfare for two months, ignoring order from Industrial Court to call it off.