Removal of subsidy will free country’s economy from bondage –NEITI-

Orji said that the agency would soon release a research policy advisory on the cost of fuel subsidy to the country, and that the publication would outline facts and figures to reinforce NEITI’s position on the subsidy removal. 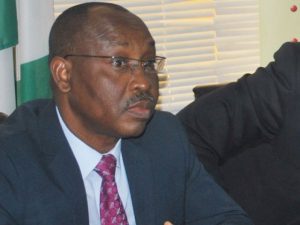 The Nigeria Extractive Industries and Transparency Initiative (NEITI) has reiterated its position on the removal of fuel subsidy, saying such move will free the country’s economy from bondage.

Dr Orji-Ogbonnaya Orji, the Executive Secretary, NEITI made this assertion on Tuesday in Abuja at the stakeholders National Extractive Dialogue (NED) 2022 on how to make natural resource benefits work for all.

The News Agency of Nigeria (NAN) reports that the stakeholders’ dialogue was co-hosted by NEITI and Space for Change (S4C), a Civil Society Organisation and supported by Ford Foundation.

Orji said that the agency would soon release a research policy advisory on the cost of fuel subsidy to the country, and that the publication would outline facts and figures to reinforce NEITI’s position on the subsidy removal.

He said that the removal of fuel subsidy would free the country’s economy from bondage, benefit the poor majority and possibly hurt the few affluent who were currently rich in the subsidy transactions.

He said that the dialogue was important because the Extractive Industry Transparency Initiative (EITI) 2019 required implementing countries, including Nigeria to disclose any transaction including licensing that were granted and amended.

“It will also requires disclosing the terms and conditions for the exploration and exploitation of oil, gas, or minerals from January 2021,” the executive secretary said.

He said that the Petroleum Industry Act (PIA) 2021 also mandated Nigeria Upstream Petroleum Regulatory Commission (NUPRC) to publish the texts of any new license, lease or contract, or amendment immediately following the granting or signing of such texts.

“In June 2021, Nigeria was appointed the Chair of the EITI global network on contract transparency. The network which I chair is tasked with the development of a framework for contract disclosures.

“The network has 20 EITI implementing countries, including Nigeria as members. I am pleased to report that NEITI is currently coordinating the efforts to deliver on these important tasks and ensure that the provisions of PIA regarding contract disclosures are activated.

“Specifically, an inter-agencies committee on contract transparency in the extractive sector has been set up and NEITI is serving as its secretariat. The overall goal is to enable governments, companies, civil society and communities to evaluate the energy industry.

“These are aimed at proffering evidence-based policy recommendations for the efficient management of natural resource benefits and the transition from fossil fuel to a renewable energy regime with these countries as case studies,’’ he stressed.

He said this was in view of the linkage between these issues with poverty reduction, job creation, peace and security in any society.

Malam Mele kyari, the Group Managing Director, Nigeria National Petroleum Company Limited (NNPC) said that the theme for the dialogue dwelt on the central role that NNPC was expected to play in the economic resources of the country.

Kyari,  represented by Mr Chris Akamairo, Group General Manager, Governance, Risk and Compliance, NNPC said that natural resources from extractive industries were only beneficial when being extracted in a responsible and cost effective manner.

He added that the revenues accruing from these activities were promptly remitted to government coffers for the benefits of the citizenry.

“In the past, opaqueness of the oil and gas industry operations in Nigeria has contributed to low performance both in terms of profitability and contribution to the economy.

“Thus, the call for action by stakeholders on the need for a more transparent and accountable industry is in order,’’ Kyari said.

Mrs Victoria Ibezim-Ohaeri, the Executive Director, S4C said that through the dialogue, the stakeholders would assess the policy, regulatory and institutional progress being made in the sub-region especially within Nigeria, Ghana and Senegal.

She said that the gathering would be made to assess improvement in the contract transparency, benefit sharing, energy transition as well as the inclusion of host communities in the processes.

“Industry stakeholders in the sub-region countries will learn from each other, finding solutions to common problems and identifying best and inclusive practices for improving the resilience of national economies in the face of increasing commodity price volatility around the world.”

She said Nigeria had clamored for reforms, especially in the oil and gas as well as the mining industry, adding that the country was currently witnessing some of the legal reforms people clamored for.