According to Harry, the national child and forced labour survey will guide policy decisions and measure implementation of actions against forced and child labour in Nigeria 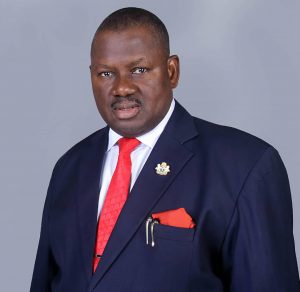 The National Bureau of Statistics (NBS) on Monday in Abuja, said that valid and reliable data were critical in the fight against child and forced labour in Nigeria.

Statistician-General, Dr Simon Harry said this at the training of trainers’ workshop for the National Child and Forced Labour Survey (NCFLS) 2022, organised by NBS in collaboration with International Labour Organisation (ILO).

According to Harry, the national child and forced labour survey will guide policy decisions and measure implementation of actions against forced and child labour in Nigeria

“Child labour has become a global challenge and indeed requires drastic measures to be taken in order to address it.

“Child labour indeed deprives a child of their childhood, potential, dignity, and is harmful to their physical and mental development. It deprives them of the opportunity to attend school.

“Africa has the largest number of child laborers with 72.1 million children engaged in child labour.

“Nigeria ranks highest as always with about 15 million children estimated to be involved in child labour.

“Forty three per cent of Nigerian children within the age bracket of 5-11 years are engaged in child labour with an economic activity of at least one hour.”

This is according to the report of the multiple indicator cluster survey of 2016/2017.

“Children in Nigeria engage in the worst form of child labour including work in refinery, commercial sexual exploitation and arm covering.

“Working against hazardous environment with little food and low pay, no medical care and a cycle of child rights violation,’’ Harry said.

He said that addressing the problem of child labour required a multi-disciplinary approach and the active participation of relevant stakeholders.

Harry, however, expressed the commitment of NBS to ensuring data quality as the survey was last conducted more than 20 years ago.

“Eradicating forced child labour in Nigeria requires the development of monitoring mechanism to be able to determine and measure its magnitude as well as its distribution to national and state bodies.

“It is in the light of this that the NBS is collaborating with ILO as well as the Federal Ministry of Labour and Employment to conduct this national child and forced labour survey.

“This is to guide policy decisions and measure implementation of actions against forced and child labour in Nigeria.

“Through the result of the survey, we shall be able to generate valid and reliable data on child labour and forced labour for the development of effective interventions.

“It will also help in providing important tools for designing, implementing and monitoring effective policy and programmes to eradicate child and forced labour in Nigeria.

“Apart from seeking to improve information and communication on child labour through data collection and in-depth analysis, this survey will help assess the extent, causes and consequences of the involvement of children aged 5-17 in working activities.

“It is crucial to help Nigeria track its progress in implementing sustainable development goal number eight which is aimed at fostering sustained inclusive and sustainable growth, food and productive development and decent work for all,” he said.

Kolawole said that the survey would help to uncover the prevalence of forced labour in Nigeria.

“Over the past 20 years, the ILO continues its collaboration with the Government of Nigeria, through the Federal Ministry of Labour and Employment and other Ministries, Agencies and Departments to eliminate child labour and protect children within the working age.

“This three-day training workshop is expected to enhance the national response to eradicating child labour which also responds to Target 8. and 7 of the Sustainable Development Goals (SDGs).

“So many children are trapped in slavery, forced labour and trafficking, forced to participate in armed conflict, used for prostitution, pornography or in illicit activities or in hazardous work.

“We must act urgently to protect their rights and restore their childhood.

“We, therefore, call for the support of the Federal Government to ensure a sustainable medium of collecting data on the prevalence of child labour in Nigeria to ensure appropriate response to reduce this menace,” she said.

Mr Ejeh Dennis, representative of the Federal Ministry of Labour and Employment expressed excitement and high expectation for the survey.

He urged participants to take the training seriously so as to deliver quality service during field work.