“The tobacco industry in Nigeria continues to skillfully exploit and circumvent the gaps in the law to operate almost without supervision in the virtual space. 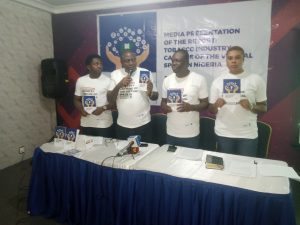 An NGO, Corporate Accountability and Public Participation Africa (CAPPA), has called on the Federal Government to regulate the activities of tobacco industry in the country’s virtual space.

Executive Director of CAPPA, Mr Akinbode Oluwafemi, made the call in Abuja on Monday at the unveiling of a report, titled “Tobacco Industry Capture of the Virtual Space in Nigeria.’’

“The tobacco industry in Nigeria continues to skillfully exploit and circumvent the gaps in the law to operate almost without supervision in the virtual space.

“Tobacco industries and their charity arms are now using the provision corporate social responsibility (CSR) to promote their activities in the social media without mentioning anything about the harms of their products.

“It is thus important for tobacco control advocates, policymakers and state authorities in Nigeria to note these emerging challenges and realities in order to counter and expose the tobacco industry’s dominance of the virtual space,’’ he said.

The CAPPA chief said that the report examined Facebook, Twitter, Instagram, LinkedIn and a host of other social networking platforms used by over 100 million Nigerians between 2016 and 2021.

He added that it found that the tobacco industry and its charity arms operated unchecked in the virtual space and used it to gain favourable public rating, while mentioning nothing about the harms of their products.

“CAPPA found that tobacco vendors and distributors, such as Smokehubng and Dasmokehub use their social media platforms to aggressively promote sales of tobacco products.

“We, therefore, recommend that Nigerian government should protect public health policies with respect to tobacco control from commercial and other vested interests of the tobacco industry,’’ Oluwafemi said.

According to him, this should be done in line with Article 5.3 of the World Health Organisation (WHO) and the Framework Convention on Tobacco Control (FCTC) in providing effective protection from public and workplace exposure for tobacco smoking.

“Government should enforce penalties for Tobacco Advertising Promotion and Sponsorships (TAPS) and tobacco control violations, in compliance and accordance with the national tobacco control and policy.

“It should also revoke all ministries, departments and agencies’ collaboration with the tobacco industry and its front groups,’’ he said.