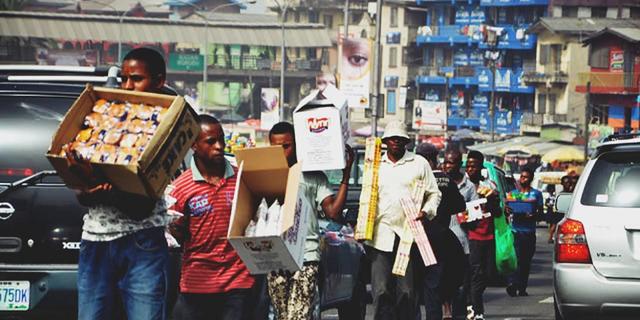 An environment expert, Dr Ayobade Adebowale, has called on the Lagos State Government to regulate street trading to make it inclusive for benefit of both government and residents.

She made the call at the fifth edition of hybrid Eko Enviro Talk, organised by global environmentalist and researcher, Mr Adedoyin Lasisi and Mrs Yewande Seriki, renowned sustainability expert.

The theme of the event was “Environmental and Socio-Economic Impact of Street Traders in Lagos: Problem or Economic Getaway?’’

Adebowale, from the Department of Social Work, University of Lagos, said a research by her team assessed responses and deviance to street trading prohibition laws of Lagos State.

She said street trading was still thriving and government should look for ways of making it inclusive because they were part of the informal economy, creating jobs and huge revenue.

The lead speaker said she was once a street trader and listed survival strategies of the traders from research findings to include bribing officials, hiding goods and evading arrests.

She urged government to ensure reforms captured peculiarities of the street traders, citing Tejuosho Market as examples of a project that became too expensive for ordinary traders after its remodeling.

“The street traders are still everywhere, which means the policy is not achieving its purpose.

“Street trading policy needs review, as eradication is impossible because we cannot eradicate but it can only be regulated,’’ she said.

She advised the Lagos State Government to collaborate with other state governors towards guiding them on boosting their commerce, to reduce economic migration overstretching and overwhelming Lagos infrastructure.

Citing global examples, she urged government to protect traders from harassment and checkmate illegal revenue collection by touts and several other syndicates collecting monies that should go to government.

According to her, street trading is not a social problem but an endeavour with a huge economic advantage.

Mr Adedoyin Lasisi, co convener, Eko Enviro Talk enumerated the nuisance value of highway hawkers and called for deployment of technology to criminalise and sanction both traders and hawkers.

Lasisi added that technology could also change elite psychology, if those captured on cameras are made to pay fines as deterrent, thereby naturally eliminating the traders causing accidents and other social problems.

Panelists at the session drawn from academia, industry players and government, gave historical background to emergence of various street markets in Lagos State and globally and why ban could not be effective.

They urged all tiers of government to fix the roads and address road infrastructure deficit for seamless flow of traffic to end highways trading encouraged by gridlock.

Reeling out examples from various countries, they argued that abroad authorities designated days and times for street trading and upon expiration of the allotment, every mess from the activities were usually cleared promptly.

They also called for proactive measure to create space for small retailers in highbrow areas to accommodate domestic workers who could not afford products within those areas.

The panelists called for sensitisation against culture of displaying wares beyond shop perimeters while urging Local governments to  provide alternatives.