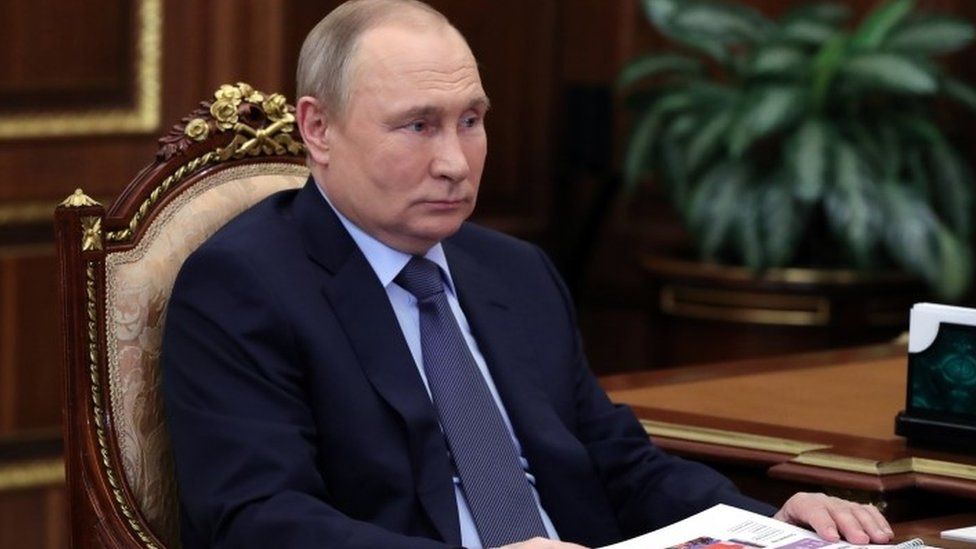 In the Russian-occupied territories in eastern and southern Ukraine, referendums on the region’s accession to the Russian Federation began on Friday.

“This referendum is decisive, it is the breakthrough into a new reality,’’ he said in a video posted on the Telegram news channel.

The regions also announced the start of voting.

A similar referendum was also scheduled in the southern Ukrainian region of Kherson.

Hundreds of thousands of people have until Sept. 27 to cast their votes.

The Luhansk region announced that citizens who had fled to Russia could also vote there.

In the Zaporizhzhya region, voting is taking place only in the parts controlled by Russian troops. The regional capital itself is controlled by Ukraine.

The ballot started without any disturbances, said Galina Katyushchenko, the election director there.

Voting will take place outdoors for the time being for security reasons.

Russia wants to use the result to annex the territories and has invoked the right of self-determination of peoples.

Neither Ukraine nor the international community recognises the voting under Russia as the occupying power.

They are not considered to be legitimate referendums because they are being held without Ukraine’s consent under martial law and not according to democratic principles; nor is it possible for international independent observers to work freely.

The result in Russia’s favour is thought to be a foregone conclusion.

Russia used a similar referendum to legitimise its annexation of the Crimean Peninsula in 2014.

“We are coming back home. This is not only a gain for the people of Donbas, but also for Russia, which will then grow. The Donbas is Russia. Pushilin said.

The majority of Russian-speaking provinces of Donetsk and Luhansk together make up the Donbas region in the far east of Ukraine on Russia’s border.

The Ukrainian army is now putting pressure on the Russian occupiers in areas Moscow sees as crucial to its war aims.

This is according to British intelligence experts in their daily intelligence update published by the Ministry of Defence in London on Friday.

The update, as part of their counteroffensive, the Ukrainians have established bridgeheads on the eastern bank of the Oskil River in the province of Kharkiv in north-eastern Ukraine.

The Russians had previously tried to integrate the river into a fortified defensive line to which they withdrew after recent territorial losses, the British experts added.

According to the British, slightly further south in Donetsk, fighting continues in Ukrainian attacks on the town of Lyman on the east bank of the Siversky Donets River, which Russia’s invading forces captured in May.