Raising MPR to 13% will slow down economic growth — economist

Fasua said that the idea of raising the MPR to slow down inflationary pressure could be counterproductive due to weak transmission mechanisms, as Deposit Money Banks would be forced to hike lending rates. 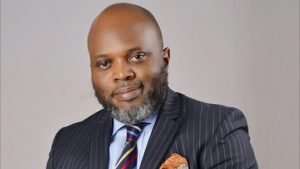 An economist, Dr Tope Fasua says the decision to raise the Monetary Policy Rate (MPR) to 13 per cent can reverse economic growth.

Fasua, who is the Chief Executive Officer of an Abuja based consultancy firm, said this in an interview with the News Agency of Nigeria (NAN) on Wednesday in Abuja.

He was reacting to the decision by the Monetary Policy Committee (MPC) of the Central Bank of Nigeria (CBN) to raise the MPR to 13 per cent from 11.5 per cent.

Fasua said that the idea of raising the MPR to slow down inflationary pressure could be counterproductive due to weak transmission mechanisms, as Deposit Money Banks would be forced to hike lending rates.

“This will have effect on slowing down economic growth. Manufacturers and producers will come for CBN’s neck because banks will hike borrowing rates.

“The attempt is to slow down inflation but it may also be ineffective because transmission mechanisms are weak in Nigeria.

“In nearby Ghana, a consistent hike in their policy rates to about 19 per cent has not slowed down inflation which is in the mid 20 per cent.

“Sub Saharan African economies must be managed with different thinking else we continue to sink into despair,’’ he said.

He said that the decision could trigger another recession.

“Taken together with what is happening on the global scene, perhaps, this is the onset of another global recession,’’ he said.

NAN reports that the MPC announced the decisions to raise MPR to 13 per cent after its 285th meeting which held on Monday and Tuesday.

Mr Godwin Emefiele, the CBN Governor, said that members of the committee expressed deep concern about the continued rise in inflationary pressure, in spite the gradual improvement in output growth.

Emefiele said that the MPC was also concerned that the current rise in inflation may be inimical to growth, and thus hinder full recovery of the economy.

“In the current circumstance, the committee was confronted with multiple choices.

“It was either to hold all policy parameters constant to allow previous policy measures to continue to support growth or tighten the stance of policy to curb upward movement of domestic prices,’’ he said.

He said that a loosening option would likely result in an increased liquidity, rise in inflationary pressure, and further pressure on the exchange rate.

“While growth concerns remain paramount to the committee, the persistent uptick in domestic price levels is clearly a downside risk to growth that must be addressed urgently.

“While it may seem contradictory to raise rates in the face of fragile growth, this is the dilemma that most Central banks around the world are grappling with at the moment.

“Yet, on balance, it is quite clear and compelling that tackling inflation is more urgent in the sequence of policy objectives,’’ he said.

The CBN governor said that the committee decided to raise the MPR after reviewing global and domestic economic conditions and outlook to rein in inflation.

He said that the apex bank would continue its intervention and support to critical sectors of the economy to encourage growth.

“Members were of the view that the continued uptrend would adversely affect growth.’’

The CBN further reaffirmed its commitment to continue to provide support to priority sectors as the need arises to support growth until the current upward pressure in price development abates.

“The Committee thus decided by unanimous vote to raise the MPR,’’ he said.