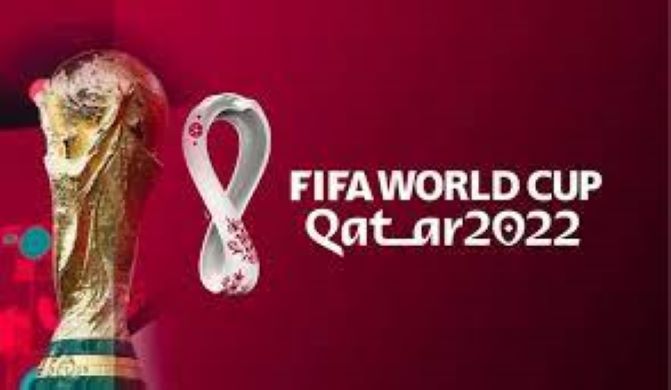 In the buildup to this year’s FIFA World Cup, football enthusiasts somewhat exhausted all possible superlatives to qualify the Qatar 2022 edition of the greatest round leather game showpiece.

The ongoing Qatar 2022 is the first World Cup staged in the Middle East and is by far the most expensive, with the country coughing out something in the region of $300billion to host the event.

The tournament has also been dubbed the most innovative in terms of technology, the most controversial, the most disruptive for players and the least-exciting for travelling fans.

However, as soon as the referee blew his whistle for the kickoff of the opening match in Group A between the hosts and Ecuador attention shifted to the excitement and passion the World Cup brings with it.

As 16 countries have confirmed their places in the Round of 16 knockout stage, we look at major talking points that defined the Group Stage of the tournament.

During the last World Cup in Russia, the only major upset in the group stage happened in Group F, where Germany exited the tournament after suffering 1:0 and 2:0 defeats to Mexico and South Korea respectively.

This year, there were at least three major upsets. In Group C, lowly-rated Saudi Arabia shocked one of the tournament’s favourites and FIFA third-ranked team, Argentina.

When Lionel Messi opened scoring for Argentina in the 10th minute of the game, football enthusiasts thought it was going to be goals galore.

However, Saleh Alshehri and Salem Aldawsari scored in the 48th and 53rd minutes to shock Messi and his fellow super stars which incudes. They held on to record one of the greatest upsets in world football.

Just when football enthusiasts thought that was a one-off, they were treated to another surprise in Group C, as Japan came from behind to seal a memorable victory against another tournament favourite, Germany.

Die Mannschaft thought they had banished the ghost of 2018, but the Blue Samurai’s 2:1 victory brought a bitter taste of déjà vu. The Germans were eventually bundled out of the tournament.

Football fans all over the world were still processing those two results when another underdog struck yet again in Group F.

Belgium, ranked second-best team in the world, were humiliated 2:0 by one of Africa’s representatives, Morocco, ranked 22nd. Morocco ended up topping the group while Belgium exited the tournament.

It was the Atlas Lions’ first World Cup victory since they defeated Scotland 3-0 at France ’98, 24 years ago.

Qatar 2022 has been deservedly praised as the most technologically innovative edition of the FIFA World Cup.

One specific moment which succinctly captured the essence of technology in the group stage was during Group match between Cameroon and Serbia.

This new technology uses 12 dedicated cameras beneath the stadium roof to track the ball and up to 29 data points for each player, 50 times per second, to calculate their exact position on the pitch.

The 29 collected data points include all limbs and extremities relevant for making offside calls, thereby offering support for both video match officials and on-field referees.

Qatar 2022 balls too have high-tech sensors powered by a small battery charged before every game. Any time the ball is kicked, headed or thrown, the system picks it up at 500 frames per second.

The 12 local positioning system (LPS) cameras installed around the stadium then receive and process data from the ball in real time.

“…We still refer to the system as ‘semi-automated offside’ as the video match officials have to validate the proposed decision and then inform the on-field referee.

“By using the exact same data to create a 3D animation for in-stadium fans and TV viewers, fans will receive a quick and accurate visualization of the offside situation.”

Even with the deployment of innovative technology to assist referees in making correct decisions, there were noticeable inconsistencies at the group stage.

For instance, Abdulrahman Al-Jassim, the referee in charge of the game between Wales and USA was seemingly out of his depth when he showed USA players Sergiño Dest and Weston McKennie yellow cards before the 15-minute mark.

The inconsistency in decisions also triggered England coach, Gareth Southgate, to submit a report to English FA a report for transmission to FIFA seeking clarity over perceived penalty inconsistencies at the tournament.

Recall that England were denied what appeared to be a clear spot-kick when Harry Maguire was grabbed by Rouzbeh Cheshmi early on in their 6-2 win over Iran.

The referee later intervened in a similar situation resulting in Mehdi Taremi scoring a last-gasp penalty.

It appears that one of the tournament’s biggest talking points has been the officiating, in which many fans believe has not been applied with same logic across the board.

There are other examples, such as the handball by a Tunisian player against Denmark, which was a potential game-winning penalty kick, denied by referee Cesar Ramos.

Fans all over the world were also wondering why stoppage times have been so long. But FIFA says it is intended to increase the amount of time the ball in play and compensate goal celebrations, fouls and time-wasting tactics by teams.

The Chairman of the FIFA Referees Committee, Pierluigi Collina, said before the tournament that, “the issue of matches with fewer than 50 minutes of actual playing time is something that has been going on for a while now.

“People want to watch football, more football. And we, FIFA and IFAB (International Football Association Board) have been asked to do something about it for years.”

As the tournament enters into the more crucial state of Round of 16, football enthusiasts worldwide keenly await the drama, thrills and frills associated with the beautiful game.