He explained that there were presently two different channels through which customers could obtain electricity meters. 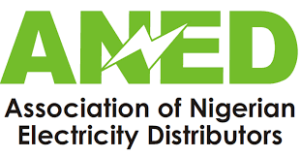 The Association of Nigerian Electricity Distributors (ANED) says some customers pay for meters because not all approved metering schemes, currently active in the country, offer meters at no immediate expense.

ANED’s Executive Director, Research and Advocacy, Mr Sunday Oduntan, in a statement in Abuja on Monday, however, said that whatever paid would always be spread and refunded to them over a period of time.

He explained that there were presently two different channels through which customers could obtain electricity meters.

According to him, the NMMP is a policy intervention by the Federal Government, with funding from the Central Bank of Nigeria (CBN).

“This programme commenced in 2021 with the objective to expeditiously close the electricity metering gap.

“These meters are provided free of charge to customers and as loans to the electricity distribution companies (DisCos).

“The first phase of NMMP covered the delivery and installation of a million meters and concluded in October, 2021.  In the second phase, four million more meters are expected to be installed,” he said.

Oduntan said that the second route to obtaining a meter was under the Meter Asset Provider (MAP) scheme which was approved in 2018.

He explained that MAP was available to customers who were unwilling to wait for the availability of meters under the NMMP.

“Such customers can pay for a meter under the scheme. The amount paid by the customer will be spread and refunded over a 36-month period via energy credits.

“This twin approach is aimed at closing the metering gap in the next one or two years, so that estimated billing will be reduced to a minimum.

“Under the second programme, with the advantage of expedited delivery and installation, the customer has to first pay for the meter before being refunded. Ultimately, the meter is free to the customer, via the energy credits,” he said.

Oduntan said that the implementation of Phase 0 (zero) of the NMMP had been concluded by all the   Electricity Distribution Company (DisCos) while waiting for the commencement of Phase 1.

He said that all the DisCos were finalising the documentation and disbursement requirements of the funding for Phase 1, with an expected kick-off of same soonest.

“It is important to clarify that the DisCos are operating within the regulatory guidelines established by their regulator, NERC, relative to meeting customer metering requirements,” he said.

Minister extols the contributions of NMDC, NIMG to the mining sector