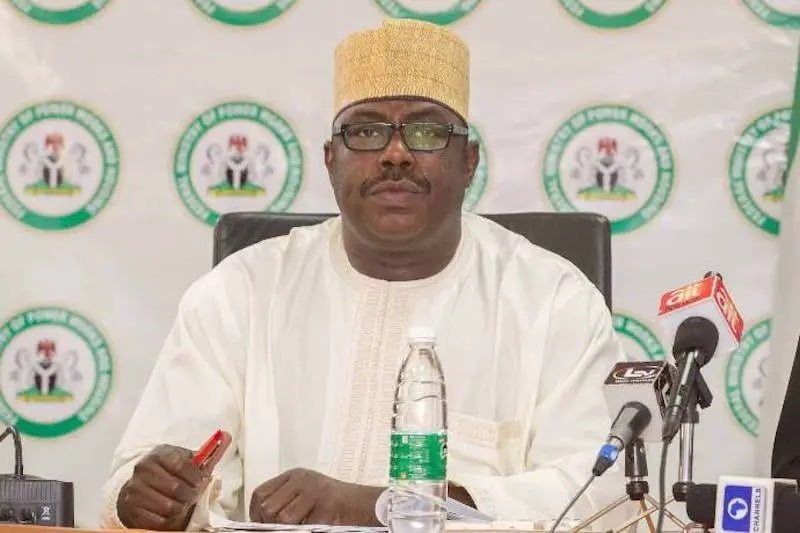 Stakeholders, especially farmers in the South-South, have called on the Federal Government to urgently build more silos across the states to reduce annual post-harvest losses in the agriculture sector.

The residents made the call in separate interviews with the News Agency of Nigeria (NAN), against the backdrop of government’s recent disclosure that the country’s economic cost of post-harvest losses was N3.5 trillion.

The Minister of State for Agriculture and Rural Development, Mustapha Shehuri, at the presentation of the International Standard Organisation (ISO) Certification for Nigerian Stored Products Research Institute, Abuja, decried the worrisome trend.

NAN recalls that the minister, represented at the occasion by Mr Shehu Bello, a Director in the ministry, noted further that the losses in fruits and vegetables could be as high as between 50 and 60 per cent.

Concerned about the huge annual post-harvest losses, the respondents said the situation, if not quickly reversed, could worsen Nigeria’s food insecurity.

They also urged government to partner relevant stakeholders in the agribusiness sector to improve on the existing food-processing value chain to mitigate annual post-harvest losses nationwide.

The Chairman of All Farmers Association of Nigeria (AFAN) in Delta, Mr Richard Asenime, said that with adequate food preservation facilities in place, farmers’ capacity to produce food would increase.

Asenime, however, lamented the absence of silos for grain storage in most states, saying Delta had only one silo for farmers to preserve their grains after harvest.

He added that with silos, farmers would make more money by regulating supply of their produce and ensuring stability in price.

In Calabar, Mr Bassey Edet, Programme Manager, Cross River Agricultural Development Programme (ADP), underscored the importance of having storage facilities in the preservation of farm produce all year round.

According to him, proper handling of the nation’s strategic food reserve is the way to go, to ensure food security and sustainability.

Edet said to ensure adequate food supply all year round, the federal government needed to establish strategic food reserves in different states and thereafter hand them over to the private sector to manage.

He regretted that successive governments consistently had to borrow from the World Bank for different agricultural projects without sustainable plans, adding that such programmes died soon after the administration left office.

He said: “Food banks should be constructed in different states depending on the food crops they produce. If this is realised, there will be competition and ultimately food prices will drop.

“This will also help us to control food prices during scarce period. We will just get the products from the reserve to the market to reduce the price of the commodity and monopoly.”

According to the programme manager, because the nation’s food reserves are not working, Cross River loses so much during harvest peak periods, which frustrates the efforts of peasant farmers.

He noted that if government invested in storage facilities, apart from drastically reducing wastages, there would be food security.

“The lack of reserve is one of the reasons why IDPs are suffering in their camps; we need to have these food banks to preserve food and also generate income.

“Nigerians would not have suffered so much in 2020 during the height of the COVID-19 pandemic, if government had strategically stored enough food to assist people who remained indoors,” he said.

Ebozele said such investment could be through partnership with local farmers as well as other private investors.

“The federal government should invest more in processing of perishable farm produces as well create a conducive environment for processing businesses to thrive,” he said.

According to him, the federal government can empower farmers to go into processing of perishable farm produces like orange, pineapple and plantain, among others.

“My interaction with most farmers over the years has revealed that they do not have enough buyers for their fresh products and as such need to process these products to ensure durability.

“Government should ban importation of fruit juice and promote processing and sale of local juice.

“Some makers of pineapple juice in Nigeria buy concentrates from China and this is affecting the value chain for pineapple in the country,” he said.

Odihi-Ogiamien said since the federal government seemed to have its hands full, state and local governments could partner farmers in the area of preservation to reduce post-harvest losses.

“There are 774 LGAs in the country; they can collaborate with farmers at the grassroots in the storage of farm products in their locality.

“The federal government can then assist councils that are doing well to expand their capacity,” he said.

A commercial farmer in Bayelsa, Mr Fidelis Alaowei, said farmers were faced with the challenge of absence of storage facilities in the state especially for grains, hence the high post-harvest losses annually.

He said food losses and waste were either as a result of ineffective functioning or total absence of food storage systems.

“Improving on-farm storage technologies for grains is one of the most widely applied solutions for the reduction of grain losses in developing countries.

“The most commonly used options – metal drums and hermetic bags – can reduce grain losses to near zero if used correctly. It allows farmers to increase food for home consumption and sales.

“In grain value chain, most losses in quantity and quality occur during storage and are due to improper grain drying.

“Again, vegetables and fruits can be stored using a specialised method of conditioning as done in National Horticultural Institute of Nigeria (NIHORT) to check post-harvest losses,” he said.

Alaowei said that farmers were already conversant with ways to preserve tuber crops such as yam.

On his part, an Uyo-based agronomist, Dr. Nsikak Edidiong, said that the rise in food prices should be a concern to every Nigerian.

”A fortified food reserve system will help to guarantee food supply all year round and ensure food security,” he said.

Another respondent and farmer, Chief Nsima Jacobs, said that the establishment of strategic food reserves would encourage farmers to grow more crops and earn more.

”The insecurity in some parts of the country requires us to reserve food.

“Farming activities are already threatened in some parts of the country and we need to think outside the box and ensure all round food supply in the country,” he said.

In Rivers some residents have attributed high cost of food commodities to lack of storage facilities in the state, and stressed the need for government to beef up strategic food reserves to minimize post-harvest losses.

Mr Bright Okere, Director, Ministry of Agriculture and Natural Resources, Andoni Local Government Area, told NAN in Port Harcourt that over 50 per cent of agriculture produce in the state was lost due to lack of silos.

“Fishermen loose much of their catch due to lack of electricity, cold rooms and other storage facilities at fishing ports.

“Whenever there’s a huge catch, fishermen and the offtakers become overwhelmed, resulting in drastic fall in the price of fish.

“Some times the catch becomes so enomous that fishermen begin to bury fishes to prevent stench from decomposition,” he said.

A cassava farmer, Mr Clement Gosu, also urged the federal government and agriculture investors to establish more cassava flour mills and storage plants in the southern part of the country.

He said that the move would check shortage of cassava flour in the country and also encourage export of the produce.

He also said that strategic food storage reserve would attract processors and other investors since produce would be available in various parts of the country.