Phil Mickelson, Dustin Johnson and Sergio Garcia are among the players to have been suspended. 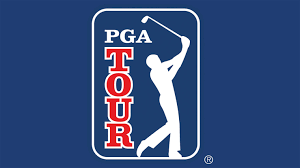 The PGA Tour has suspended the 17 members who are playing in the first event of the controversial Saudi-backed LIV Golf Invitational Series which began on Thursday.

The news was confirmed in a memo signed by Tour commissioner Jay Monahan, revealed shortly after the tournament started in England.

Phil Mickelson, Dustin Johnson and Sergio Garcia are among the players to have been suspended.

But the latter two are among those who have notified the Tour that they have resigned their membership.

Louis Oosthuizen, Lee Westwood and Ian Poulter are also among the other notable names featuring at the three-day event that will have 12 teams and 48 players

Monahan confirmed the decision to prohibit those players from playing on all features of the PGA Tour.

The breakaway golfers will also be removed from the FedEx Cup rankings following this week’s RBC Canadian Open and will not be eligible for the FedEx Cup or Presidents Cup.

“These players have made their choice for their own financial-based reasons. But they can’t demand the same PGA Tour membership benefits, considerations, opportunities and platforms as you,” the memo read.

“That expectation disrespects you, our fans and our partners.”

However, the United States Golf Association has previously said players playing in the breakaway series would not be excluded from next week’s US Open.

Garcia, Westwood and Johnson were among 10 players to resign from the Tour to pursue their LIV Golf interests.

But Monahan added they would not be granted sponsor exemptions to play in tournaments as non-members.

Bryson DeChambeau and Patrick Reed have been widely reported to have signed up to the lucrative series, though neither are playing this weekend.

Monahan said any player who do take part in future LIV events will face the same consequences.

The decision comes amid the widespread backlash against the controversial, Saudi Arabia-backed breakaway, with many accusing the event of sportswashing.

Mickelson found himself at the centre of the controversy last year when admitting to being aware of Saudi Arabia’s human-rights record.

But he said he signed up to LIV Golf anyway because “this is a once-in-a-lifetime opportunity to reshape how the PGA Tour operates”.

On the eve of the first tournament, Mickelson received a grilling from the media, and he told reporters: “I don’t condone human rights violations, I don’t know how I can be any more clear.

“I understand your question but again I love this game of golf.

“I’ve seen the good it’s done and I see the opportunity for LIV Golf to do a lot of good for the game over the world and I’m excited to be a part of this opportunity.”

World number 17 Johnson is the highest-ranked player on the current LIV Golf list and acknowledged he did not initially know the repercussions of his decision.

But he said he had chosen “what’s best for me and my family.”

Experts call for vast agent banking, others to boost financial inclusion at grassroots

FG moves to ensure accurate measurement of luggage at MMIA