According to the report, the PFAs registered 93,114 RSAs during the quarter under review, which brought the cumulative RSA registrations from inception, to 9,621,979 as at March 31. 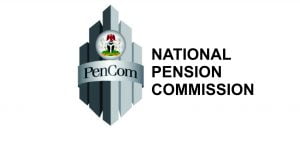 This was obtained from the organisation’s official website on Friday in Abuja.

According to the report, the PFAs registered 93,114 RSAs during the quarter under review, which brought the cumulative RSA registrations from inception, to 9,621,979 as at March 31.

“ This covered RSA transfer requests, submitted by PFAs between  January 1, and  March 31, which were eligible for RSA transfer in the first quarter of 2022.

“ Out of the total RSA transfers initiated, 5,543 RSAs were transferred to their new PFAs, along with their associated pension assets, while 2,120 transfer requests failed.

“ The failed submissions by PFAs could be attributed to their internal processes, as all the PFAs recorded some failed RSA transfer request submissions,”  the report said.

Also, the report stated that PenCOM received an application from the Nigeria Social Insurance Trust Fund (NSITF), to transfer NSITF contributions, on behalf of 218 NSITF contributors during the quarter under review.

“Approval was granted to transfer N11.53 million to the RSAs of 213 contributors; on a similar note, the commission approved monthly pensions in the sum of N40.47 million to 2,304 NSITF pensioners,” it said

The report also stated that the compliance by State Governments to the status of Implementation of the CPS and other Schemes as at Q1 2022 impressive.

“ 25 States of the Federation had enacted pension laws on the CPS, while eight states are at the bill stage, four states adopted the Contributory Defined Benefits Scheme (CDBS).”

“ Out of this number, PCCs were issued to 10,541 organisations, while 659 applications were in the approval process as at March 31.

“ The records showed that the 10,541 organisations actions had remitted a total sum of N59,39 billion into the RSAs of their employees, totaling 45,170,” it added.