He said that in addition to his pedigree, Obi also has the qualification and age on his side to make him bring about the necessary changes in Nigeria’s body polity. 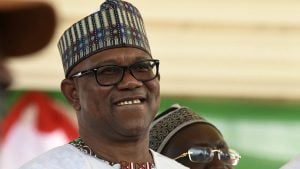 Speaking with the News Agency of Nigeria (NAN) in Calabar on Tuesday, he dismissed the notion that the former Anambra governor stood no chance of winning the 2023 presidential election.

Eyo, also the chairman of the Inter-Party Advisory Council (IPAC) in Cross River, noted that Obi’s antecedent in office as governor and as a businessman was already working for him.

He said that Obi’s acceptability by the majority of Nigerians had made him the candidate to beat at the 2023 presidential election.

He said that in addition to his pedigree, Obi also has the qualification and age on his side to make him bring about the necessary changes in Nigeria’s body polity.

According to him, Nigerians need a vibrant young person that can coordinate the country in areas of security and education, among other sectors.

“It is not about just being a president, the president should be someone who can be called upon at any time and he will take up the challenge.’’ he said.

Eyo also told NAN that “Obi has come to rekindle the winning spirit of the Labour Party. We have structures across the country.

“Obi’s candidacy is already becoming a movement; you can see many Nigerians donating their resources, money, vehicles and buildings to be part of the movement.’’