“I have no doubt in my own mind that the purpose of God creating each and everyone on earth is to make a difference wherever we may be. Pastor Chris has made a great difference in our world today." - Obasanjo 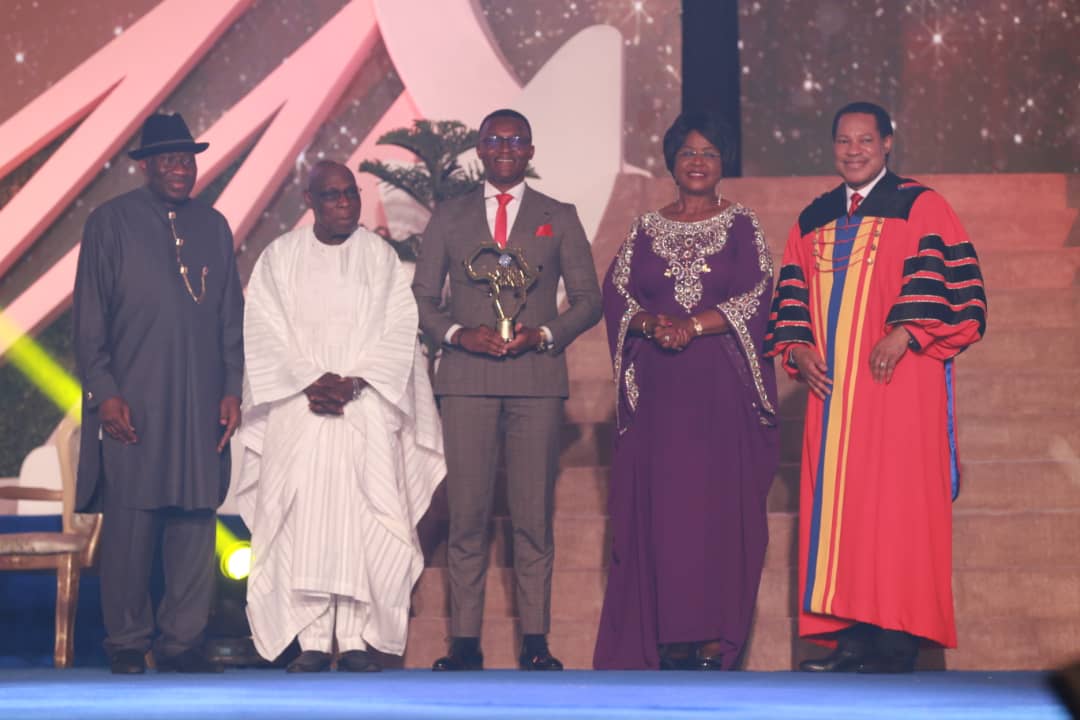 Winners from the 2021 Future Africa Leaders Awards are the latest to benefit from President of Loveworld Incorporated, the Christ Embassy Ministry, Pastor Chris Oyakhilome’s generosity who has not slowed down in his quest for youth leadership and excellence across Africa.

The Future Africa Leaders Foundation, organisers of the Future Africa Leaders Awards (FALA 2021) on 31st of December 2021 held the 9th edition of the event to unveil the 2021 star prize Award winner and nine other nominees that made the Top ten. The event was part of the December 31st New Year’s Eve Service with Pastor Chris which was broadcast across over 2,000 Satellite and Terestia Stations, which included the Loveworld Networks, Internet and all available Social Platforms and Networks, and watched by billions of viewers.

With its commitment to recognize young leaders to the progress and development of the continent as 30 individuals from 20 African countries were nominated for the highly-coveted global recognition awards.

Camerounian Nervis Nzometiah Tetsop bagged the Star Award with a sum of $25,000. Tetsop is an exceptional innovator and community builder with great enthusiasm for youth leadership development. By motivating others to be aspire for relevance through several workshops and seminars on career orientation, leadership, and impact opportunities, he is leading positive change in his nation with the use of technology.

He said: “Every year we (Future Africa Leaders Foundation) make the efforts to recognize what young people in Africa are doing.  Because We believe that African Youths are talented, mostly responsible, intelligent, able, industrious and can lead. So, We try to look throughout African countries and spot those who excel in leadership and their works at the grassroots level, participation at National levels and even at global levels. “

He added: “We are always so impressed by the amazing works of these young people. Most of the world may not know about these efforts because for most parts the media gives the impression that what we have in Africa are beggars of young people requiring handouts. But African youths don’t require handouts, they don’t, and they will create their opportunities and they are doing it already.”

In his remarks, the Chairman of the occasion President Olusegun Obasanjo, while thanking God for the life and impact of the Man of God said Pastor Chris has made a great difference, impacting many lives both within the African continent and the world at large.

“I have no doubt in my own mind that the purpose of God creating each and everyone on earth is to make a difference wherever we may be. Pastor Chris has made a great difference in our world today.

“God has given us young men and young women of ability, of industry, who can lead us and turn what God has given to us to a great advantage. So that Africa will not be lagging behind among the continents of the world. What my brother Pastor Chris Oyakhilome is doing with the Future Africa Leaders Award is to identify, encourage and develop leadership that will make Africa great.”

He acknowledged that “It is true that the African continent is bedevilled with several challenges but this is not peculiar to the continent alone as others have their own challenges as well. So why is ours different? It is made different because we let others give our narrative. We do not state our situation as it is – we allow others to state our narratives for us. We must seize our own narratives and give our narrative as it is. God has endowed Africa with all we need such that no one should go to bed hungry or in want.”

“We have no reason to lose hope, we have all it takes to develop Africa as other continents have been developed. All we need is encouragement, the identification of those who will lead. Encouraging them and empowering them, mentoring them and monitoring them so that they will take us to the Promised Land,” he concluded.

Immediate past President‌ ‌Goodluck‌ ‌Ebele‌ ‌Jonathan who was the Special Guest of Honour praised African Youths as one of the continent’s most valuable asset.

He said: “Africa’s youthful population is one of the continent’s most valuable asset in the emerging 4th and 5th industrial eras. Our youths have demonstrated commitment and dedication to making Africa proud across the globe. On the African continent, the youths have not failed, but they can do better to end contemporary problems in the continent.”

Jonathan who announced the star winner of this year’s edition added: “I believe that African youths are critical stakeholders in our quest for socio-economic transformation as a continent. They have the strength and possess the creativity to spur innovation for production, manufacturing and technological advancement.”

President Jonathan also commended the President of Loveworld Incorporated Rev Dr Chris Oyakhilome whom he referred to as his brother. He said: “My brother, Dr. Oyakhilome, you have shown visionary and transformational leadership through the Future Africa Leaders Award. You and your team have continued to develop and encourage young men and women across Africa to think of independent means of improving their communities without waiting for government. You have focused on this mandate without recourse to religion, or other primordial prejudices. You have taken this not as an ad hoc interventionist project but a duty to humanity.”

In her speech President, Africa Diaspora Development Initiative (ADDI) and former African Union Permanent Representative to the United Nations Dr. Arikana Chihombori-Quao, delivered her thoughts on the enslavement of Africa by the Western world despite the mass amount of wealth present in Africa. She didn’t mince words on how Africa was being exploited, deceived and manipulated to remain at the position where they would always look up to the Western world for help. She went on to highlight the fraudulent nature of most western organizations designed to help Africa ranging from non-governmental organizations to the world trade forum and many other economical strongholds that have been settled and endorsed by most African leaders, ignorantly.

She also expressed the failure of most African unions who had come together to disengage, disapprove, and discontinue the saprophytic relationship they have with most western countries. She clearly disapproved of the idea of the black attributes imposed on the people of Africa.

“So to you leaders of tomorrow I say, we are leaving you with Africa that is not as good as it should be, we must all come together, we must unite all members of human race, inhabitants of this beautiful planet called earth. Let us tell the world once and for all that as united as African youths that we denounce world with bigotry, racism and hate; we demand a world that is free, fair, equitable and just. Let us stop following well dressed lies and now pick up the naked truth.”

The Award which was instituted in 2013 by the Chris Oyakhilome Foundation International through the Future Africa Leaders Foundation is designed to form a community of likes minds Future Africa Leaders who are prepared and determined to produce the Africa of their dream. The Africa that is equitable, just, prosperous, productive and developed. The initiative has produced about 90 winners since inception.

Some of the winners focus on Gender-based, Education, Agriculture, Entrepreneurship Skills, and other sectors that can improve the Africa problem and the continent as a whole.

Olubadan of Ibadan, Oba Adetunji joins his ancestors at 93