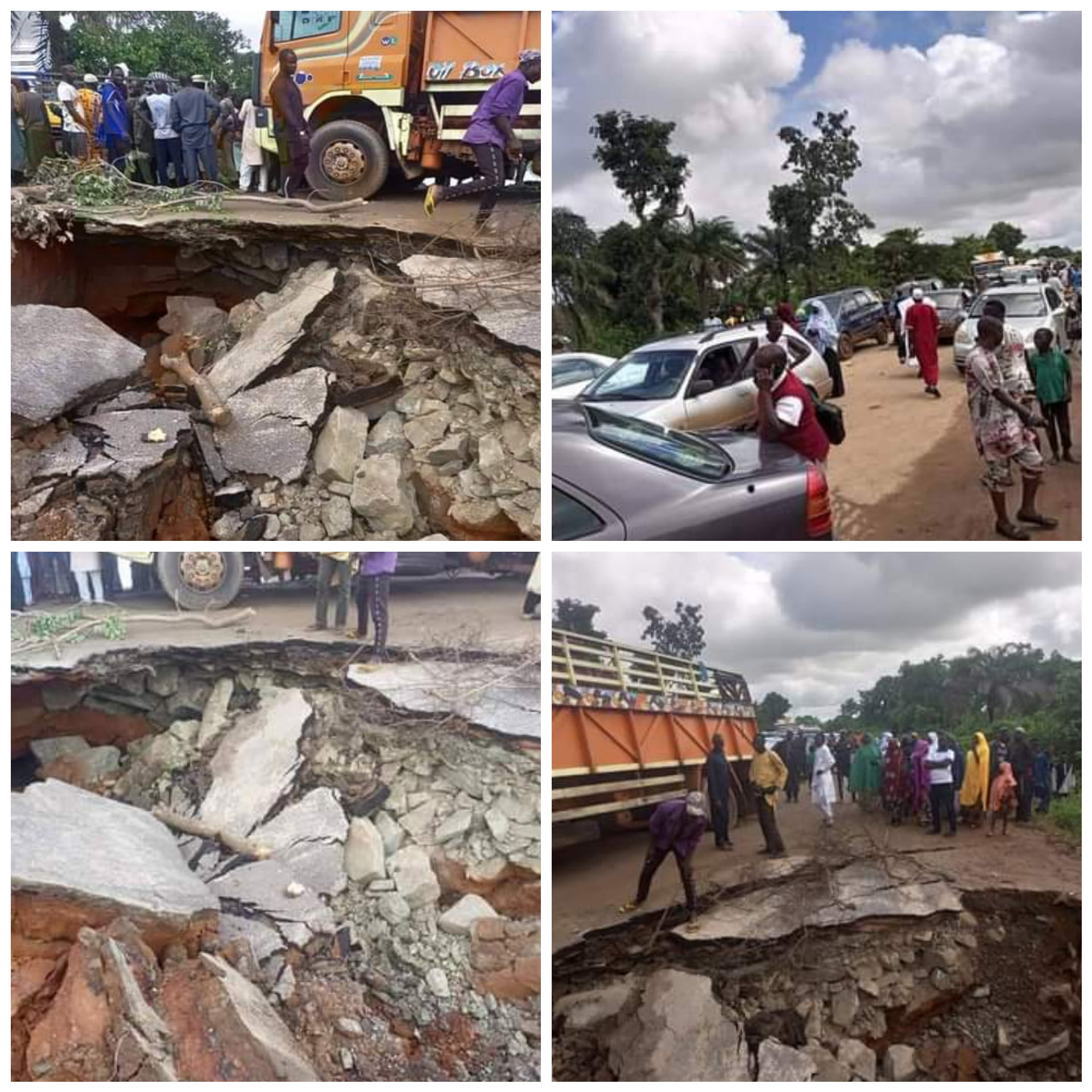 Hundreds of passengers and scores of vehicles have been stranded following the collapse of a portion of the Minna- to Bida road in Niger.
Motorists were now left in dilemma as crossing from Kakapangi to Minna or vice versa has become almost impossible.
The collapse of the road which has now become an annual event was as a result of a heavy downpour in the last one week.
The  News Agency of Nigeria ( NAN) reports  that a long queue of vehicles had been formed on both sides of the road.
According to the findings, some of the private and commercial vehicles plying the road either returned to Bida or Minna.
In the same vein, those coming from the Bida end had been forced to follow the longer route from  Lemu to Zungeru and down to Minna.
The vehicles from Minna end, according to the findings, turned back to follow the longer route of Minna- Lapai -Agaie – Bida road.
READ ALSO:https://brandpowerng.com/fire-officer-confirms-fire-outbreak-in-cross-river-govt-house/
Articulated vehicles that could not turn at the damaged section of the road  hired locals to evacuate their goods into hired vehicles at the other end.
Some of those caught in the web of the tragedy were those going to Bida to felicitate with the Etsu Nupe, Alhaji Yahaya Abubakar, on his 70th birthday and 19th year of ascension of the throne of his forbears.
The Commissioner for Works, Alhaji Mohammed Sani could not be reached for comment.
The Niger Government on Sept. 18, 2018 awarded a contract for the dualisation of the 84kms Minna – Bida road to an indigenous construction firm, Dantata and Sawoe.
Experts however said that the work had only reached 5 per cent of execution.
Sign in
Welcome! Log into your account
Forgot your password? Get help
Password recovery
Recover your password
A password will be e-mailed to you.