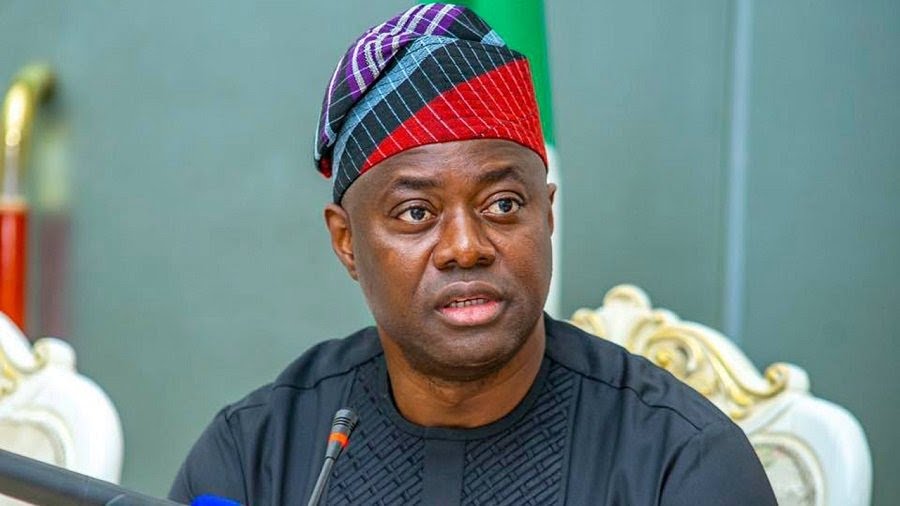 In a bid to address the menace of improper waste disposal in Ibadan, Oyo State capital and its environs, the state government has flagged off an intensive door-to-door waste evacuation operation.

Mr Adey Adewuyi, the Waste Management Consultant in the state, made this known to newsmen on Monday in Ibadan.

Adewuyi said that the waste collectors, now known as “Mottainai Accredited Franchisees” would be empowered to fast-track the clearing of waste from the streets of Ibadan and restore environmental sustainability.

He said that the new system does not permit residents and commercial waste creators and generators to make cash payments to any Accredited Franchise.

The group urged Gov. Seyi Makinde to learn from his predecessor’s effective strategy.

Adewuyi said: “All payments are made through bank transfer, Point of Sale (POS) or Direct Deposit in the banking hall.

“Also, all former residential pick-up tariffs will be maintained with no increase whatsoever.”

He said the verification exercise was done in collaboration with the Oyo State Waste Management Authority (OYOWMA) to verify the private Sector Participants (PSPs ) which have been operating in the state and some new companies that applied to work in the waste management sector.

“So far, 169 waste collectors, who have shown that they have some level of capacity, have been verified and are now known as Mottainai Accredited Franchisees (MAFs),” he said.

Adewuyi said that with 21 Compactors, three Roro Trucks, 175 Open Trucks and no (zero) Skip Trucks, by the waste collectors, the operational capacity of the MAFs would be far below what was required to keep the state clean.

The waste management consultant said that his firm, Mottainai Recycling Ltd., would empower the waste collectors with operational trucks.

Adewuyi said: “We are confident that with the right tools, the new and existing MAFs will achieve greater efficiency.

“In the meantime, all former Private Sector Participants (PSPs), now MAFs, have been mandated to clean up Oyo State.

The waste management consultant reaffirmed that the firm was committed to maintaining a clean environment.

Adewuyi said that the verification and accreditation of waste collectors “is a continuous process”.

He appealed to companies with necessary capacity to approach the state waste management authority to request for verification and accreditation.

Meanwhile, in a statement jointly signed by BOM Chairman, Dr Femi Fakunle and Secretary, Mr Tunji Hammed, on Monday in Ibadan, the group described the strategy as “ever-inconsistent and terrible attempt at bottling up an inevitable public health crisis”.

The News Agency of Nigeria (NAN) reports that BOM was established to promote and support every policy, as well as effort, toward the development of the state.

The group decried inability of the state government to sustain the tempo of public waste management instituted by the administration of the late former Gov. Abiola Ajimobi for almost eight years.

Fakunle and Hammed wondered why the governor had to stop contractors from picking refuse within neighbourhoods, which they claimed led to accumulation of waste everywhere.

“A check within neighbourhoods in Ibadan metropolis shows avalanche of dirt, which have accumulated for months due to the government’s stoppage of licenced refuse contractors from picking them.

“These services aren’t free, as neighborhoods pay well for them, while large waste trucks can be seen picking refuse along medians on the main roads in the city.

“Heaps of refuse still abound within neighbourhoods capable of posing serious threats to the health and vitality of residents if unchecked,’’ the group leader said.

They said that the current poor state of the environment during the raining season had exposed the “government’s cosmetic management of the waste disposal and poor execution of road contracts”.

“Recently, a section of the heavily-funded Moniya-Iseyin Road was washed off and happened to Odo-Ogun Section of Oyo-Iseyin Road which extended to the Eruwa-Ibadan Road.

“The incident effectively shut off commuters from Ibadan to Iseyin; Ibadan to Eruwa and Oyo to Iseyin, at least in the last two days and counting,’’ the group leader said.

According to them, nothing stops him, the governor, from consulting professionals who have distinguished themselves in such paths to get the job done.

The group urged the state government to step up its action on collection of waste, especially given the delicate nature of public waste and the spin-offs, which they said, could regrettably result in a pandemic.