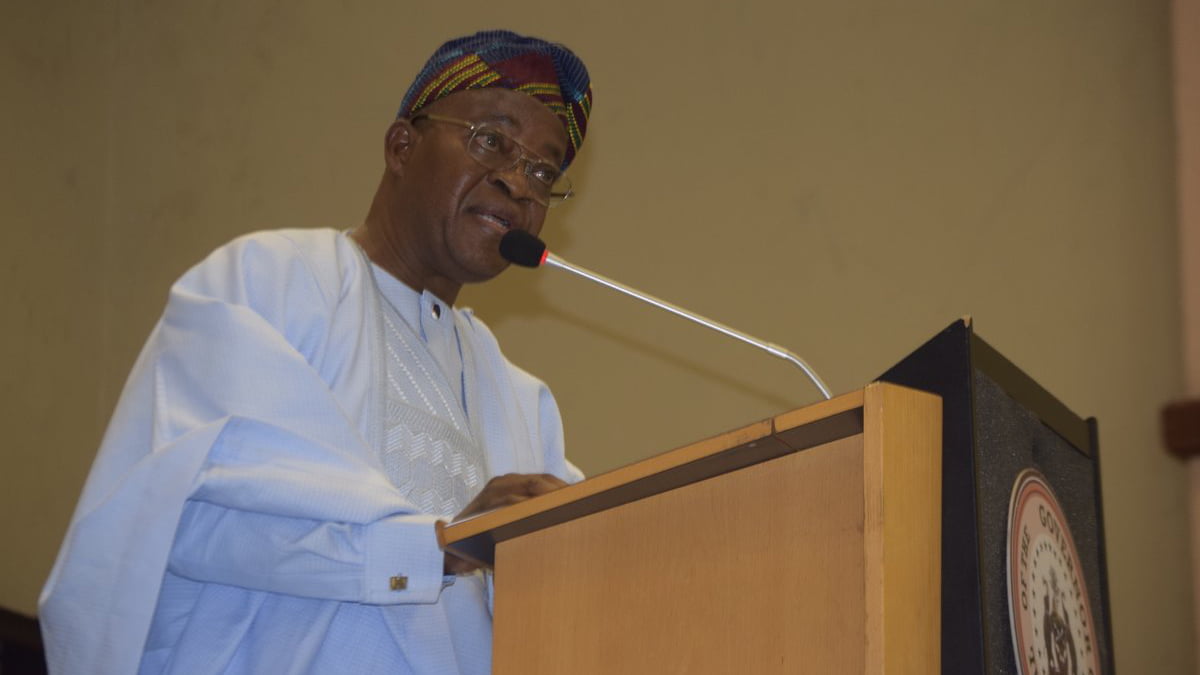 Gov. Gboyega Oyetola of Osun on Friday expressed gratitude to tourists and devotees for making the grand finale of Osun-Osogbo festival memorable.

Oyetola, in his remarks at the event which took place at the sacred grove in Osogbo, said the annual festival was promoting the state’s rich traditional and cultural heritage.

Represented by the Secretary to the State Government, Mr Wole Oyebamiji, the governor said the yearly event had no doubt assummed an international status, making it to be strategic for the growth of the state’s economy.

Oyetola said the Osun-Osogbo festival had brought the state to the global map, attracting pilgrims and tourists to the state annually.

“It has offered itself as a platform that helps us to showcase and promote Osun’s rich traditional and cultural heritage.

“The Osun Osogbo festival has, over the years, contributed to the socioeconomic development of the state in no small measure.

“Your conduct and carriage during the celebrations has showcased us as an organised, hospitable and peaceful people,” he said.

He said the state government would not relent in its efforts to exploit the opportunities offered by the annual festival to ensure its growth and sustainability for the socioeconomic development of Osun.

“As an administration, we will continue to seek ways of mainstreaming our unique potential as a cultural and tourist destination.

“As you are well aware, in addition to the frantic efforts being made to attract investment to this state and bolster its image, our administration last year instituted a policy aimed at encouraging public and civil servants to wear adire every Thursday.

“This initiative, we believe, will resuscitate our local textile, create employment opportunities, boost marketing and transform the socio-economic and cultural tourism of our dear state and the country as a whole.

“I urge you all to key into this initiative by patronising our fabrics. Let us own our fabric and create our own market,” he said

In his remarks, Oba Jimoh Olaonipekun, the Ataoja of Osogbo and host of the Osun-Osogbo festival, gave his royal blessings to the different groups that paid him homage.

The News Agency of Nigeria (NAN) reports that the event, which started on Aug.1 came to an end on Friday with a young maiden, Arugba, carrying a calabash on her head as a symbolic sacrifice to the river goddess.

The Osun-Osogbo festival, whose history dates back to many centuries, is usually celebrated in an ancient grove believed to be among the last of the sacred forests still remaining among Yoruba cities.

In recognition of its global significance and cultural value, the Sacred Grove was inscribed as a UNESCO World Heritage Site in 2005.

NAN further reports that for the people of Osogbo, the annual festival symbolises the traditional cleansing of the town and cultural reunion of the people with their ancestors and founders of Osogbo kingdom.