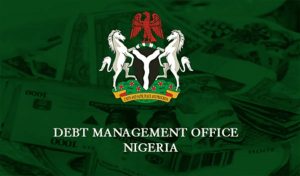 Mr Monday Usiade, DMO’s Director, Market Development Department, said this in an interview with the News Agency of Nigeria (NAN) on Monday in Kano.

He spoke against the backdrop of the Federal Government of Nigeria (FGN) Securities Issuance Awareness Programme, organised by the DMO and CSL Stockbrokers Limited, scheduled for Tuesday in the ancient city.

NAN reports that the DMO has held similar programmes in Lagos, Enugu and Ibadan

Usiade said that the need to encourage Nigerians in the lower echelon of society to also imbibe the culture of fixed-income investment was what informed the awareness programme.

“We will educate the people of Kano about what we do to raise money for the country.

“We will also educate them of the immense benefits they will get if they invest in FGN securities,’’ he said.

According to Usiade, the product that is specifically designed for the benefit of retail investors is the FGN savings bond.

“That one will be of particular interest to them because for as low as N5, 000, they can subscribe, and it is subject to a maximum subscription of N50 million.

“It opens on a monthly basis, and the interest rate, which is usually between eight per cent and ten per cent, is paid quarterly.

“The principal sum is paid on maturity of the investment, which could be two or three years,’’ he said.

He said that the awareness programme had received encouraging responses from the places where it had held, while urging the people of Kano not to be left out of the “golden opportunity’’.