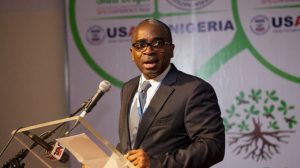 The Organised Private Sector Exporters Association (OPEXA) has appealed to the National Assembly (NASS) to urgently ratify the approval of the N375 billion Export Expansion Grants (EEG) for exporters.

The News Agency of Nigeria (NAN) reports that the N375 billion repeesntts the backlog of the EEG from 2017 to 2020, whose payment was delayed due to budgetary constraints.

The Federal Executive Council (FEC) recently approved the disbursement in form of Promissory Notes, which will become effective after the ratification by NASS.

Mr Jaiyeola Olanrewaju, the Executive Secretary of OPEXA in a statement on Saturday urged the lawmakers to expedite action on the ratification process to boost the country’s export sector.

“We sincerely appreciate the gesture shown by Mr President and the Vice President to support the non-oil export sector.

“We also commend the intervention of both the Ministers of Finance and Industry, Trade and Investment, who tabled the issue of the EEG backlog at the cabinet.

“We now appeal to both the houses of the NASS to expedite the ratification of the approval given by the FEC to provide relief to the exporters who have been starved of liquidity.

“This appeal becomes more urgent in view of the fact that the ratification will be the beginning of another long process,” he said.

He said after the ratification, imput of other relevant stakeholders like the Debt Management Office, International Auditors (Peat Marwick) and the Nigeria Export Promotion Council would be required.

“No doubt, this process takes a while,” he said.

According to Olanrewaju, it will be pertinent to note that the Presidential Committee on Continuous Audit (PICA) had earlier carried out a validation exercise on the claims.

He said that the exercise included physical inspection of the facilities of beneficiary companies.

He commended effort by the government to reform the EEG policy, adding that actual implementation of the policy was most desirable.

“It was the report by PICA that the Ministry of Finance presented via a memo to the FEC for approval.

“It is the same report that is now before the National Assembly for ratification.

“A timely disbursement will help millions of Nigerian farmers who rely on the export sector for funds through the planting and harvest season for 2022.

“OPEXA notes that reform of the EEG policy is commendable, however, what is needed now is its actual implementation.

“The government needs to show sincerity and commitment to generate confidence in its policies,” he said.

The executive secretary said the exporters embraced the new policy in good faith by investing in export processing factories and made commitments to foreign buyers.

He said that the non-oil export sector had agro-allied linkages and supports the livelihood of over 11 million Nigerians directly and indirectly.

“It is vital for diversification of Nigerian economy and revenue base,” he said.