He said in order to increase oil production values; there should be security on the onshore asset while the cost of extracting the crude from the ground should be optimised. 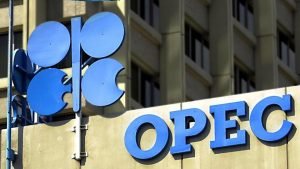 An Oil and Gas Expert, Mr Charlse Majomi, has called for a concerted drive and clearer fiscal terms to incentivise investments for increased upstream production of crude oil.

Majomi, in an interview with the News Agency of Nigeria (NAN), in Abuja on Sunday said the Petroleum Industry Act (PIA) needed to be clearer for increased production and competitiveness in the sector.

Majomi was reacting to the inability of Nigeria to meet the Organisation of the Petroleum Exporting Countries (OPEC) quota.

Nigeria’s OPEC quota is pegged at 1.8 million barrels per day (bpd) but in the last few years, the country has struggled between 1.3 and 1.4 million bpd.

He said in order to increase oil production values; there should be security on the onshore asset while the cost of extracting the crude from the ground should be optimised.

“Though Nigeria has some of the highest production cost of crude oil, we have to optimise the production processes to decrease cost and break the cartel responsible for Illegal bunkering and diversion of crude oil.

“Oil production has been constrained by lack of investment in the upstream sector; we need that to replenish the output.

“A lot of crude oil is being diverted through illegal means even though our production is significantly higher than what we are presenting as production values to OPEC.

“The issue of illegal crude oil diversion is quite a disturbing issue,“ he said.

He decried the evidence of collusion between key officials of the states and key security apparatus in the Niger Delta and illegal oil procurers.

According to him, this kind of collusion facilitates the easy passage of crude oil out of the country.

Majomi, however, emphasised the need to hasten the rehabilitation of the refineries, adding that as long as the refining capabilities were constrained, enough products would not be refined.