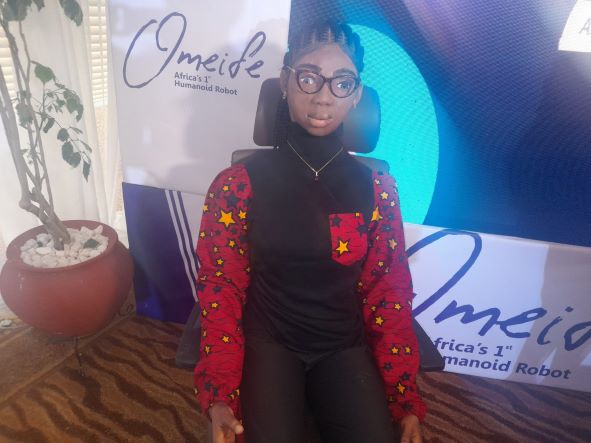 brandpowerng reports that Omeife, the first African humanoid robot was developed by the Uniccon Group.

“We are living in an exciting time of advanced technological advancement, where the science fictions of yesterday are becoming the reality in products and services of today,” he said.

He also allayed fears that technology or artificial intelligence would take over human jobs and render people jobless, since it was the human that created Omeife and other robots.

Speaking at the event, the CEO, Uniccon Group of Companies, Mr Chucks Ekwueme, said that Africa has been recognised for its contribution to the global tech ecosystem.

He said the six-foot-tall female African humanoid provides language as a service for businesses that need to integrate native African audiences, adding that it is a multipurpose and assistance robot.

“We are happy to play a part in helping businesses and people all over Africa to achieve their fullest potential by providing access to the most innovative technologies for efficiency.

“It identifies and tags humans through face and facial expressions, paying attention to a specific item when required.

“It identifies objects, knows their characteristics and also calculates positions and distances of objects it sees,” he said.