According to him, this marks the eighth consecutive year that the company is declaring and paying dividend to shareholders. 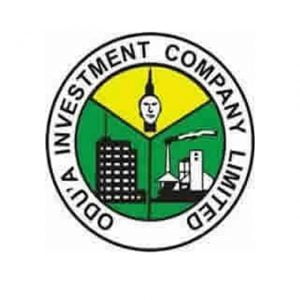 Aina said this at the company’s 40th Annual General Meeting on Wednesday in Lagos.

The figure represented 15 per cent increase when compared with the N364 million paid in 2020.

According to him, this marks the eighth consecutive year that the company is declaring and paying dividend to shareholders.

In attendance were shareholders represented by the Secretaries to the State Governments (SSGs) of Oyo, Ondo, Ogun, Osun, Ekiti and Lagos States.

All resolutions presented for shareholders’ approval were adopted.

He said the growth was driven by the increased focus on the different areas of the business and gains in investments.

The out-going chairman assured the shareholders of the company that the Board had put in various best practice governance policies in the year under review.

This, he added, would ensure the company’s investments created sustainable impact in the ensuing years.

Aina thanked the shareholders for the great privilege and rare honour given to him by shareholders to be the Group Chairman of Odu’a Investment between May 2020 and June 2022.

Aina also urged his fellow directors and management to remain focused on the delivery of the company’s five Years“SRC-2025” (Sweat, Revive and Create 2025) Strategic Thrust.

Commenting on the result, the Group Managing Director/CEO, Mr Adewale Raji, said profit before tax for 2021 included revaluation gains of N7.11 billion from the company’s investment properties portfolio, which was N2.63 billion in 2020.

According to him, if this accounting gains are stripped off, the normalised profit before tax for 2021 will be N2.26 billion and N1.12 billion for 2022, representing an appreciable 102 per cent growth.

Raji also reported that the company celebrated 45 years in November 2021 since it commenced operations, and that as part of the celebrations the Odu’a Investment Foundation was established to positively influence the next generation of youths.

He said that would be achieved with focus on health, education and youth empowerment.

“Our Agric Investment Subsidiary, South West Agriculture Company (SWAGCO) Ltd., has begun to make significant effort in investing in agriculture opportunities that will drive capacity development for a new generation of commercial farmers and entrepreneurs.

“We have committed a large proportion of our land bank towards these efforts focusing on cassava, maize, paddy rice and dairy.

“The company’s investment in oil and gas, through acquisition of part of BITA Marginal Field, and the setting up of BITA Exploration & Production Ltd., with our JV partner is gathering momentum,” Raji said.

According to him, the Nigerian Upstream Petroleum Regulatory Commission (NUPRC) that replaced DPR is currently finalising the model for licensing and contracting documents that will govern the operations of the 2020 Marginal Field Bid Winners.

“This is the critical hurdle to scale to make the coast clear for a field development plan and approval that will lead to achieving ‘’First Oil,’ he said.

As Aina ends his tenure in the Board of Odu’a Investment Company Ltd., the new chairman, Mr Bimbo Ashiru, former Commisioner for Commerce and Industry in Ogun, said his plan is to achieve the company’s target of N40 billion profit after tax by 2035.

Ashiru was a two-term commissioner for Commerce and Industry in Ogun State from 2011 to 2018.

“Be rest assured that we are a team and there is nothing special that I could do than to focus on the 2035 target. We will be reaching a minimum target of 40 billiion profit after tax.

“On other businesses, we are going to ensure we are doing the right thing.
Odu’a will be one of the giants in the oil industries.

“In the area of hospitality, we want to ensure that we have the world class hotels in Nigeria. What I am bringing is my experience, pedigree and what I have done in the past,” Ashiru said.

Also, Gov. Rotimi Akeredolu of Ondo State, commended the Board and management of the company for the impressive performance.

Akeredolu thanked the management of Odu’a for achieving all the fundamentals suggested by the states in order to have a better performance.

Also his counterpart, Gov. Dapo Abiodun of Ogun, congratulated the new chairman, saying that “he has what it takes to run the affairs of the company.”

He enjoined the board to ensure a better performance in the next financial year that would be more visible.

He assured of the state’s full support to the growth of Odu’a Investment Company Ltd.