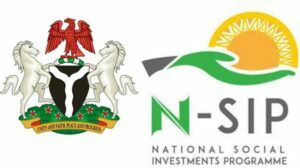 This is contained in a report issued by Mrs Halima Oyelade, the Special Assistant on Strategic Communication to Hajiya Sadiya Umar Farouq, the Minister of Humanitarian Affairs, Disaster Management and Social Development, on Thursday in Abuja.

“The top 10 MMAs on boarded by Kolomoni, one of the Super-Agents recorded a transaction of over N300 million between January and March and earned over N1.85 million.

In addition, she explained that between January and March, about 162 active agents on boarded by Kolomoni recorded a total transaction of over N657 million.

“In January, cash withdrawal volume was over N103 million in 11,305 transactions with cash transfer volume of over N104 million.

“In February, cash withdrawal volume was more than N121 million in 12,722 transactions with cash transfer of over N119 million.

“In March, cash withdrawal volume was over N105 million in 11,452 transactions with cash transfer of more than N104 million.

“This brings to a total of more than N330  million cash withdrawal in 35,479 transactions and over N327 million  volume of transfer by 162 active agents’’ Oyelade said.

She explained that this showed that the NSIP had been  delivering on its mandate in line with Buhari’s vision of lifting 100 million Nigerians out of poverty.

According to her, the super-agents periodically and progressively review the commission earned by beneficiaries to reward performance.

“However, the ministry is working to support outstanding beneficiaries to access micro-loans to boost their business capital.’’

The News Agency of Nigeria (NAN) reports that Farouq during the inauguration of the MMAs programme said it was introduced into the NSIP in 2020 to sustain the social inclusion agenda of Buhari’s administration.

The programme targets unemployed youths that have the positive mind and drive for self-employment. It targets 1,850 youths across the 36 States and FCT.

The programme was designed to empower unemployed youths and develop their competences to operate as registered MMAs to enhance their entrepreneurial competence to successfully start and manage mobile money businesses.

They will be registered with the Shared Agency Network Expansion Facility (SANEF) as MMAs and be provided with Start-up Kits including a Point-of-Sale (POS) Machine, Fingerprint Scanner, chairs, tables and umbrellas and a token.

Meanwhile, one of the MMAs in Kaduna, Mr Sanusi Jamilu told NAN that the business was going on smoothly when he started.

He said the only challenge was that the POS Machine given to him was of 3G internet service and as such sometimes the process is slow.

“When I initially started, I used to have few customers, but now that I have large customers, the machine could not meet up, so I had to get another one that is 4G to expand my business.

“And since then, everything is going on fine and I am earning higher now,’’ Jamilu said.

Another MMA, Malam Sani Mansur from Katsina said he started fine, but later discovered that the charges from the bank became too high.

“The charges are too high. If you withdraw N100, 000, they would charge you N550. I have complained, but no any positive response.

“I am now using a different terminal, but still in the business. I would like them to review the programme, focusing on the charges and terminal,’’ he said.

Mr Promise Innocent in Abuja said he used the device last in May, 2021 and after that month, it was no longer working.

“They gave me the number of a super-agent that owns the device and was told their head office is in Ibadan; it is too far for me.

“When I started in 2020, it was good, I do five to six transactions a day, but in May 2021, I started having issues with the device. However, I want to thank the ministry for their efforts,’’ Innocent said.