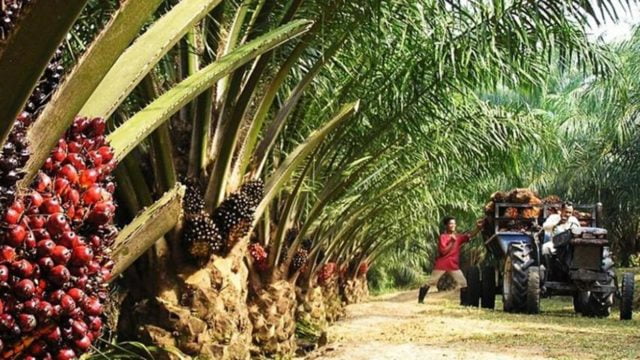 Norsworthy Agro Allied Company Limited and Delta State Government have partnered to develop over 250,000 oil palm trees in order to boost job creation and food security in the country.

The company made this known in a statement posted on its website on Wednesday and obtained by the News Agency of Nigeria (NAN) in Lagos.

The statement said the Delta Governor, Mr Ifeanyi Okowa and Chief Gabriel Ogbechie, Chairman of Norsworthy Agro Allied Company Limited, recently inspected the palm plantation and refinery together.
Speaking after the inspection, Ogbechie said the palm trees were being cultivated in over 1,400 hectares of land owned by Akwukwu-Igbo, Ugbolu and Ilah communities in Oshimili North Local Council of the state.
Ogbechie said that the company was planning to expand further with the acquisition of additional 600 hectares of land at Ubulu-Uku in Aniocha South Local Government Area.
“This giant stride being undertaken by Norsworthy is largely justified by the fact that palm oil is a key ingredient in the production of several items in the market and these include soap, cosmetics, biscuits, pharmaceuticals, margarine, detergent, lubricants, candles, feed stock and so on.

“If the global palm oil market demand is anything to go by, there is undoubtedly the need for any wise investor like Norsworthy to cash in, on the existing opportunity to put their money where the returns on investment would certainly be in high digits”, he added.

Ogbechie, who is also the Chairman of Rainoil Limited, thanked the government for the support towards the execution of the project.

In his remarks, Okowa called for more investments in agricultural development to curb rising food insufficiency in Nigeria.

He said that oil palm production was one area that wealthy Delta people and Nigerians could invest in to create job opportunities and economic development of the people.

Okowa stated that he believed in the partnership because it would help the immediate community and the environment.

The governor noted that no fewer than 300 workers were engaged on daily basis by the company.

He commended the management and staff of Norsworthy Farms, the Obi of Akuku-Igbo and the people of Illah for their support and cooperation towards the successful take-off of the project.

Okowa added that the construction of the 13.5km Ugbolu-Akwukwu-Igbo road by his administration would enhance quick access to the farm for the economic development of the area.