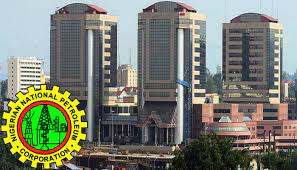 The group said that for many years, including during the military era, efforts were made to unbundle the behemoth known previously as NNPC and make it run more efficiently as a company, but to no avail.

In a statement signed by its Chairman Niyi Akinsiju and Secretary Cassidy Madueke, BMO said this inability was a result of a lack of political will on the part of the previous administrations.

It, therefore, commended the President Muhammadu Buhari administration for showing visionary leadership and having the political will to do what previous administrations could not do, by not only enacting the Petroleum Industry Act (PIA), but going a step further to support and facilitate the transformation of NNPC into Nigeria National Petroleum Company Limited (NNPCL).

“We also note that with the transition to a limited liability company, there would be transparency, accountability and profitability in the running of the organisation.

“Also, as a company that will henceforth operate under the Companies and Allied Matters Act, NNPCL will comply with the laws guiding private companies’ operation, while the opaqueness previously associated with its operation will be a thing of the past,” it said.

The group commended the Buhari administration for keeping its promise of making NNPC work in the interest of the Nigerian people.