According to her, the  Code of Practice is developed in collaboration with the Nigerian Communications Commission (NCC) and National Broadcasting Commission (NBC). 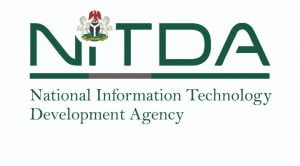 Hajia Hadizar Umar, Director, Public Affairs NITDA, disclosed this in a statement  that  the Code of Practice was aimed at protecting fundamental human rights of Nigerians and non-Nigerians living in the country.

Umar said that it was also to define guidelines for interacting on the digital ecosystem.

She said this was in line with international best practices as obtainable in democratic nations such as the United States of America, United Kingdom, European Union, and United Nations.

According to her, the  Code of Practice is developed in collaboration with the Nigerian Communications Commission (NCC) and National Broadcasting Commission (NBC).

‘’Other relevant stakeholders with peculiar knowledge in this area were consulted such as Civil Society Organizations and expert groups.

‘’The results of this consultations were duly incorporated into the Draft Code of Practice,’’ she said.

According to the statement, the new global reality is that the activities conducted on the Online Platforms wield enormous influence over the society, social interaction, and economic choices.

Hence, the Code of Practice is an intervention to recalibrate the relationship of Online Platforms with Nigerians, to maximise mutual benefits for the nation, while promoting a sustainable digital economy.

She said additionally, the Code sets out procedures to safeguard the security and welfare of Nigerians while interacting on the Platforms.

Umar said that  It aimed to demand accountability from Online Platforms regarding unlawful and harmful contents on their platforms.

The director said it established a robust framework for collaborative efforts to protect Nigerians against online harms, such as hate speech, cyber-bullying, as well as disinformation and or misinformation.

Similarly, to ensure compliance with the Code of Practice, NITDA also  notified all Interactive Computer Service Platforms, internet Intermediaries operating in Nigeria that the government  had set out conditions for operating in the country.

World Blood Donor Day: Donating one unit of blood can save three lives -WHO