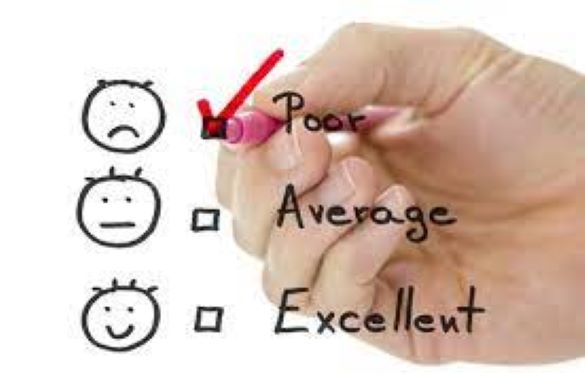 I used to bank with a bank that almost drove me mad. No kidding.
The bank was so inefficient that their inefficiency began to affect me in just the same way you feel when you are inside unmoving Lagos traffic. Everything about the bank was rules and bureaucracy but no customer service whatsoever.
By the time it got to the point that each time I went to the bank I was already angry before stepping through the doors, I knew I had to find another bank before they kill me.
Even today, whenever I pass by any branch of that bank or see their logo, I still get angry. They have begged me to return but to no avail.
So I moved to this other bank and everything was hunky-dory. For a while.
Their network hardly ever failed except for the end-of-month glitches. Their website was user-friendly and transferring and receiving money was a breeze. You could get forex from almost any of their branches and they were quite efficient at what they did. They didn’t have to beg me to stay and I didn’t mind their charges because I was getting value for my money. Until recently.
The first thing I noticed was that the transaction alerts were being uncharacteristically delayed, sometimes for more than two days. Then from time to time, their network would just fail. Then the rate of network failure escalated until it has now become an everyday occurrence. At some point during the day, the network must fail for some hours. It is now mandatory.
I have been embarrassed while making purchases. I have eaten in restaurants and couldn’t pay my dinner bill. I am now beginning to carry cash around with me, something I never used to do.
Yesterday, I tried to do a simple transaction for my daughter. The network failed. I went to a POS, and they debited me but declined the transaction. I went to a branch of the bank. There was no cash in the ATM machines. I went into the banking hall. All the people suffering the same thing as I had filled the banking hall trying to withdraw across the counter for transactions that could have been remotely done.
I complained to the manager. It was then she sent someone to go and load the ATM machine. She told me the network was failing because of upgrades.
Which upgrade takes six months, please?
I gave up and went back home.
Now the latest excuse the banks are giving us is brain drain. Their IT staff are leaving and relocating abroad, bla bla bla. Come off it! This bank that is making this excuse declared profits last year of more than N200 billion.
If you have that kind of money, you have the capacity to employ the best to solve your problems. For crying out loud, pay them commensurate value for the work they are doing for you. Buy them houses if need be. Make them comfortable in their own country and they will not resign to go abroad. Enough of the excuses. I am totally tired of inefficient institutions.

Preventing malnutrition through house-to-house services in Kaduna: The ANRiN example