He also announced that an agreement had been signed with a Moroccan company to establish an ammonia plant in Nigeria. 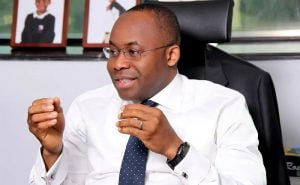 The Managing Director of Nigeria Sovereign Investment Authority (NSIA), Uche Orji, says  Nigeria will soon be self-sufficient in local production of fertilizer to enhance farming activities across the country.

He also announced that an agreement had been signed with a Moroccan company to establish an ammonia plant in Nigeria.

The Managing Director noted that in line with the Federal Government’s plan of addressing the problem of raw materials, enough potash has already been procured and vessels will soon arrive in the country from Russia and Canada, with the commodity.

He said ”There were difficulties about potash because 30 percent of the world’s potash comes from Russia and Belarus so when the crisis with Ukraine started, there were blockade and sanctions and we couldn’t get potash but now I am glad to report that we have solved the potash problem.”

According to him, the first vessel of potash will be arriving the country from Russia on June 3 while the second vessel will arrive on June 6 from Canada.

”The President gave us a clear directive, go and solve the problem, find potash wherever you can, bring it into the country; therefore, we will have enough potash between now and the middle of June, for all our needs for the year.

“In 2021, we had enough to produce up to 40 percent of the country’s need in inventory already in warehouses.

”The Central bank has been one of the big buyers and they are releasing it. So anybody who is hoarding it should be aware that from next week this entire potash problem will be solved,” he said.

According to Orji, Nigeria has a lot of potash and phosphate deposits that need to be harnessed, in order to boost local production and supply of fertilizer.

“Both potash and phosphate are available in Nigeria but we just abandoned that, never ready to bother to develop it.

”So some of the things we are working on as the President directed us last year, was to actually work on developing the local phosphate and potash industry.

“The phosphate you see in Morocco starts from Sokoto State and runs all the way through to Morocco so we have a locally but we haven’t bothered to develop it.

”Now we are working on developing that and it is important because actually for the first time, our consciousness has been awakened to make sure we solve this issue.

“The same thing with potash, it runs all the way from Gombe through Bauchi all the way to Benue.

”It’s available in the country, we just need to dig it up from the ground, granulate it, clean it up and we are ready to sell it locally,” he said,

On the proposed plan to establish ammonia plant in Nigeria,  Orji said:

“The NSIA itself has entered into a joint venture, 50-50 with OCP for Morocco, to now introduce an ammonia plant in Nigeria and we have selected to build this in Akwa Ibom State and work is on-going.

”We were slow down by COVID but we are hoping that by 2025, that plant will be up and going, producing ammonia,” he said.

He said the Presidential Fertilizer Initiative was introduced to adopt an import substitution approach, stressing that 60 percent of the raw materials needed for fertilizer production could be locally sourced and the president insisted that they must all be harnessed.