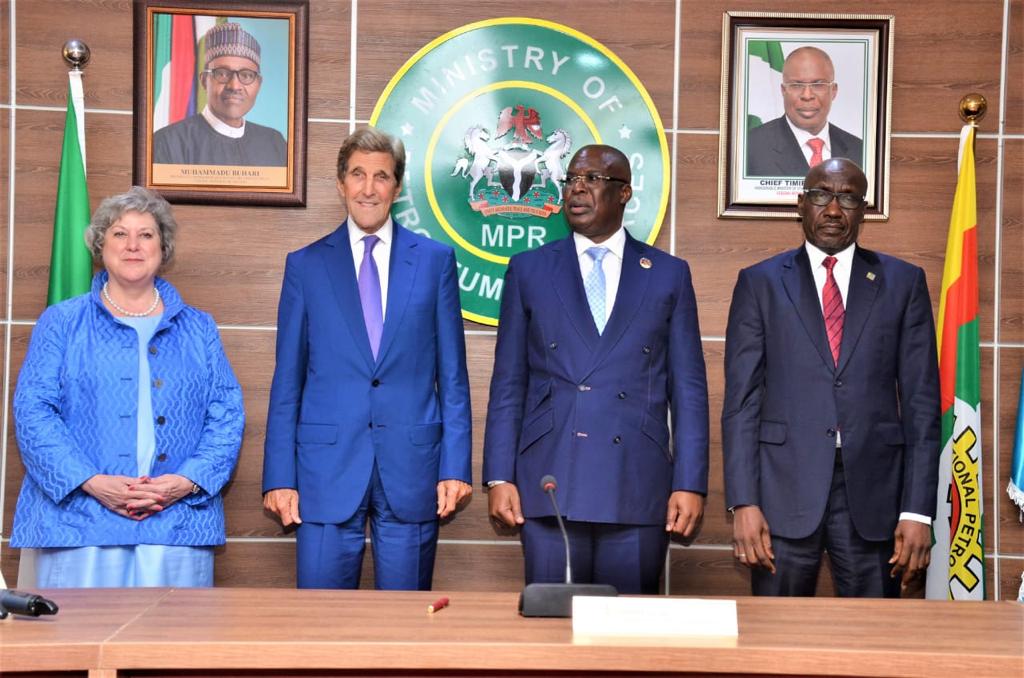 The Federal Government has sought for the support of the U.S and global community on funding, and technology to tackle climate change as well as achieve energy transition.

Mr Timipre Sylva, Minister of State for Petroleum Resources, made this known on Tuesday in Abuja at a meeting with the U.S Special Presidential Envoy for Climate Change, Sen. John Kerry.

Kerry visited with some U.S technical experts and Embassy team to partner with Nigeria to tackle the problem of climate crisis and reduce global carbon emissions.

The meeting also dwelt on the possibility of working out some funding arrangements for tackling climate change.

Sylva said, ”basically Nigeria required funding and technology to be on the train with global community,” adding that Nigeria set its net zero target at 2060 and ”by working together we would achieve this before 2060.

“We are doing a lot, we are trying to break down our gas flares. Our gas flare commercialisation programme is at an advanced stage, which will take out 13 million tonnes of Co2 from the atmosphere,” the minister said.

He said since the global community was moving to cleaner fuel, Nigeria thought  that the lesser evil was actually to provide energy and clean cooking fuel for people by utilising gas.

“48 countries in Africa contribute to 0.5 per cent of carbon emissions. The easier way is for us to provide power by using gas.

“We are not denying the fact that climate change is real, we accept it and will also like to be on the energy transition train ,but we have certain realities that the world must take into account.

“Our reality is that we have large number of people without access to electricity and we don’t have the fund and technology to achieve the transition.

”We need synergy to create funding to move at the same pace,” he said.

He added that 48 sub Saharan African states were responsible for 0.55 per cent of all emissions.

“Mother nature, whose life has been greatly disturbed by the acts of human beings doesn’t measure whether the emissions are from the Chinese, U.S or Europe,” he said.

He explained that the challenge of the climate crisis came from the emissions that arose from the choices we made, about powering of vehicles and homes, lighting our homes and energy to cook and power machines.

Describing Nigeria as one of the countries in Africa that would suffer most from the consequences of climate crisis, he advised that Nigeria’s decision on the future should have profound impact on the choices of all African countries.

Kerry, while lauding Nigeria for stepping up efforts to reduce gas flaring and venting, urged government to explore the opportunity of selling to Europe, which has a high need for that now.

“15 million people die yearly from the air pollution, which are greenhouse gases.

”Five million people die yearly from extreme heat and that is getting worse.

”We look forward to bringing people together to solve this problem,” he said.