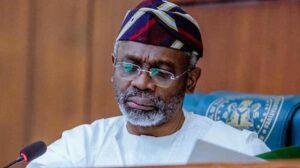 The Speaker of the House of Representatives, Rep. Femi Gbajabiamila, says Nigeria needs leaders with capacity to manage rapid domestic and global changes to achieve prosperity, peace, and security.

Gbajabiamila said this at the opening of Legislative Mentorship Initiative (LMI) workshop titled: ‘’Building the Next Generation of Nigeria’s Public Sector Leaders’’ on Monday in Abuja.

The News Agency of Nigeria (NAN) reports that the workshop was organised for 74 young Nigerians, including Persons with Disabilities selected across the 36 states of the Federation and the FCT.

The speaker said the quality of decision-making in politics and governance which would define course of the country, was dependent on the capacity of leaders to adapt to the rapid changes.

“These are exciting times. In Nigeria and across the world, we are experiencing rapid and relentless changes across every facet of our lives. Some of these changes are technological; others are economic and political.

“There is also a great deal of demographic and population change. All are happening at the same time. It is clear to anybody paying attention that the old equilibrium is unsettled, and the rules of the old order no longer apply. What is less clear is what happens next.

“Whatever happens, Nigeria desperately needs leaders with the capacity and character to manage change. The consequences of the changes happening in our world today will depend on how we respond, the decisions we make, and the ideas we choose to invest in.

“The quality of our decision-making in politics and governance will define the course of our country. Whether we achieve progress, prosperity, peace, and security for all our people depends entirely on the capacity and competence of our political leadership,’’ he said.

Gbajabiamila said that LMI aimed to identify and train the next generation of public sector leaders, particularly in the legislature.

According to him, the LMI mandate is to develop the leaders who will shape the future of our country and the world as young people are eager to make a change.

He said youths would not change anything if they did  not understand and participate in the political and governance process, saying the aim was to involve more young people and direct their energies into national development.

He said they bore  no allegiance to politics and politicians, and their judgment of governing systems was determined by whether the systems and or politicians met their expectations.

“For these young people, Nigeria has been a democracy for all or most of their lives. As more of them come of age, they are questioning the systems and structures of politics of governance and challenging flaws and limitations as they see them.

“They are not as inclined as generations before them to excuse the failures of democracy because the alternative of military rule is worse. And they will not accept incremental progress when radical reform is necessary and possible.

“This is a good thing. It is also a dangerous thing. Nations are redefined and re-rejuvenated by the deliberate effort to reconsider the underpinnings of nationhood and remove deep-rooted assumptions and practices irreconcilable with the desired future,’’ he said.

The British Deputy High Commissioner to Nigeria, Ms Gill Atkinson commended the youth LMI saying that young people were the future of the country and would make the difference.

She said the young participants had an opportunity to see what public officers did  first-hand, to learn from them and see areas where they could do better.

Atkinson said that a huge voting population of the country was under 35 years of age and that 70 per cent of the newly registered voters were between 18 and 34 years  age bracket.

She said that the creativity and dynamism of young people was critical to the development of Nigeria, saying that young people were the backbone and future of Nigeria’s democracy.

Atkinson said the initiative was important in enhancing Nigeria’s great diversity as an opportunity to move forward, pledging the commission’s support to the National Assembly.

Earlier, the Director- General of LMI, Mr Dapo Oyewole said that the 74 participants were selected out of 4000 applicants.

He said the workshop would last for five weeks after which the participants would intern with lawmakers to be mentored and to experience lawmaking process.

Oyewole said the initiative would catalyse leadership development in the public sector, urging the participants not to take the opportunity for granted.