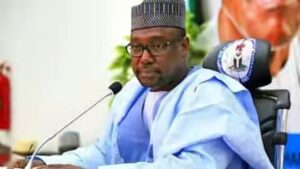 The Niger Government will soon release a compendium of incentives for investors in the state.

The Secretary to the Niger Government (SSG), Alhaji Ahmed Matane, made this known while inaugurating the committee on Ease of Doing Business Environment Council and the State Action on Business Enabling Reforms (SABER) Steering/Technical Committee for the development of the state economy.

Matane said the was constituted to consolidate the achievement of the present administration in the rapid and sustainable development of the state’s economy.

The SSG said that the state government has put in place friendly policies to not only attract investors but also nurture investments.

”We will soon release a compendium of incentives and more as evidence of the Government’s commitment to the sustainable development of the state economy,” he said.

The SSG lamented that inspite of the vast potential, the state was still grappling with the challenges of development in the economic sector.

He said all hands must be on deck to tackle and permanently put the challenges to rest.

Responding, the Chairman of the Committee and the Commissioner of Finance, Alhaji Usman Mohammed applauded the government for the laudable initiatives and the confidence reposed in them and pledged to apply their experiences in the discharge of their duties.

The News Agency of Nigeria (NAN) reports that the committee is to coordinate and supervise overall reforms with the implementation framework/guideline of the Presidential Enabling Business Environment Council (PEBEC).

They are to also interface with the state executive council for necessary approvals and directives and provide quarterly/bi-annual report to the council on reforms activities of ease of doing business in the state among others.

Other members are the Commissioners for Investment, Agriculture, Finance, Planning, Commissioner of Lands, Environment, Justice, Works.