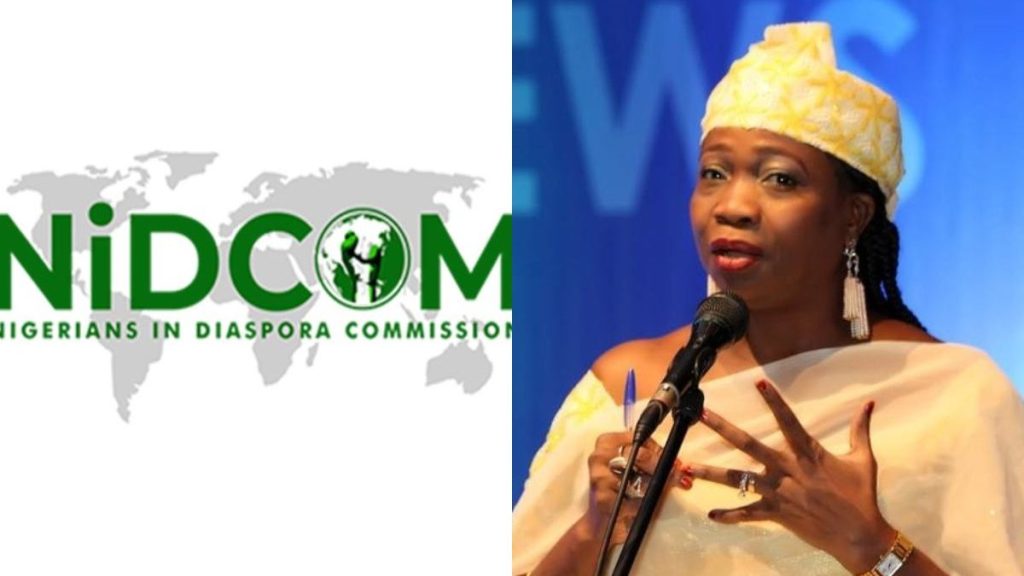 The Nigerians in Diaspora Commission (NiDCOM) says its primary role is to advise Nigerians at home and in the Diaspora.

The commission made the clarification on Thursday in a statement by Abdur-Rahman Balogun, its Head of Media, Public Relations, and Protocol.

The commission was reacting to a letter purportedly written to the commission by Mr Hidayet Bayraktar, the Ambassador of the Republic of Türkiye on the welfare of Nigerians living in Turkish Republic of Northern Cyprus (TRNC).

It stated that firstly, no official letter was received till date “in our office except the unsigned one being circulated in the media.”

“However, we thank the Ambassador and are glad that our recent media briefing has elicited his response pertaining to the unfortunate incidents in TRNC.

“It will be recalled that Hon. Dabiri-Erewa and a team from NiDCOM had been to the Turkish Embassy twice to discuss issues related to Nigerians’ welfare in TRNC, but got no response from the Ambassador.

“It is on record that we received petitions on regular basis from Nigerians, especially parents whose children had been victims in one way or the other in TRNC. Some of the deaths recorded in TRNC without any resolution from 2016 till date include:

It appealed to the Turkish embassy to do all it could to protect Nigerians in TRNC, particularly students, and “we are optimistic that the reaction to our recent statement would elicit a positive and pro- active reaction from the Embassy.

“While we pray for the repose of the souls of many students who have died in mysterious circumstances in TRNC, we also pray and hope that only good stories would henceforth emanate from Northern Cyprus.

“Above all, what we have given is advisory in line with our citizens diplomacy. One has option to either key into it or ignore .

“It should not be misconstrued as exaggeration or an attempt to scare away potential travellers to TRNC.

“Whether it is Nigerians killing Nigerians or drug-related crimes, there is some form of danger emanating from Northern Cyprus as alluded to in the ambassador’s letter.

“I do not dispute that some unfortunate criminal incidents took place in the TRNC, as it happens in any part of the world.

“However, the occurrence of such incidents is certainly not a daily routine and all these cases are taken seriously and investigated thoroughly by the TRNC authorities.

“Moreover, since in many cases, Nigerian citizens are not only victims, but also perpetrators of crimes committed in the TRNC, necessary measures will be taken by the relevant agencies in order to prevent young Nigerians and every other student from falling victim.

“This is our concern as responsible Commission whose mandate is to oversee the welfare and well-being of Nigerians even if it is only one person, it is enough to exaggerate about their protection, and we are glad that the Ambassador has promised to take necessary measures.

“In as much as we do advise our citizens to always be law abiding wherever they find themselves and be good ambassadors of the country, Nigeria will not fold its arms and allow her citizens to be molested or killed in any unjustifiable manner while seeking for knowledge in a foreign land.

“May we continue to witness peace, love, and mutual respect across the land,” the statement quoted Mrs A bike Dabiri-Erewa, Chairman of the commission as saying.

However, the Turkish Ambassador in an open letter to the NiDCOM chief, said he had read the recent statement of the commission’s chairman warning Nigerian citizens against travelling to the TRNC.

He said he was compelled to express “our reservations about the manner in which the allegations are framed, as they are offhandedly publicised without any official lines of communication.

“There are currently 50,561 international students from 145 countries and various teaching staff from 65 different countries, in the TRNC.

“Until now, I have come across no other official statement, aside from Mrs. Dabiri-Erewa’s, criticising the TRNC on such grounds,” he said.

He added that though he would not dispute that some unfortunate criminal incidents took place in the TRNC, as it happens in any part of the world.

He said that his home government had taken necessary precautions recently making a new cooperation proposal to the United Nations (UN) to address the illegal migration issue, by establishing a joint committee between the authorities of the two sides on the Island, with the inclusion of the UN.