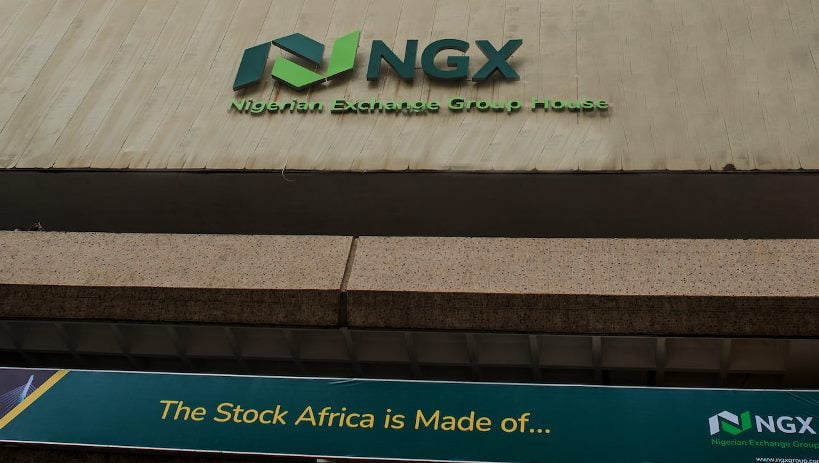 The Nigerian Exchange Ltd. (NGX) on Monday closed bearish as market capitalisation which opened at N26.994 trillion shed N31 billion or 0.11 per cent to close at N26.964 trillion.

The downturn was impacted by losses recorded in stocks of Tier banks, amongst which are: Zenith Bank, Stanbic Bank and medium stocks such as WAPCO and Cutix.

ABC Transport led the losers’ chart dropping by 9.68 per cent, to close at 28k per share.

Conversely, Chams recorded the highest gain to lead the gainers’ chart with a gain of 7.69 per cent, to close at 28k per share.

Transactions in the shares of  Sterling Bank topped the activity chart with 90.3 million shares worth N131.9 million.