BRANDPOWERIdeas.strategy.power
Search
Facebook
Twitter
Pinterest
WhatsApp
The Nigerian stock market recorded a loss on Thursday of 0.12 percent due to losses in some highly capitalised stocks.
Accordingly, the 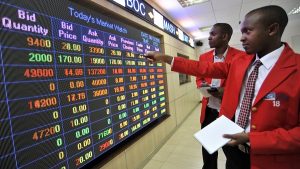